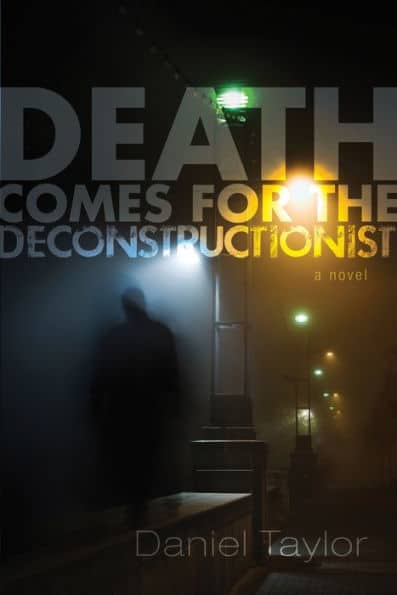 Jon Mote—grad school dropout and serial failure—has been hired to investigate the murder of his erstwhile mentor, Richard Pratt, a star in the firmament of literary theory.

Jon Mote—grad school dropout and serial failure—has been hired to investigate the murder of his erstwhile mentor, Richard Pratt, a star in the firmament of literary theory. Feeling unequal to the task, Mote skitters on the edge of madness, trying to stifle the increasingly threatening voices in his head. His only source of hope is the dogged love of his developmentally disabled sister, Judy, who serves as cheerleader, critic, and moral compass.

Death Comes for the Deconstructionist follows Mote and his sister through the streets and neighborhoods of Minneapolis and St. Paul, Minnesota—from crime scenes to the halls of academe. Mote’s investigation uncovers a series of suspects—including the victim’s wife, mistress, and intellectual rivals. Along the way he stumbles onto Pratt’s terrible secret, one that prompts the discovery of an equally dark mystery from his own past.

These revelations hasten Mote’s descent into darkness, putting both him and Judy at grave risk. Death Comes for the Deconstructionist is a tragicomic mystery, a detective story that is at once suspenseful, provocative, and emotionally resonant. It asks not only “whodunit” but whether truth is ultimately something we create rather than discover.