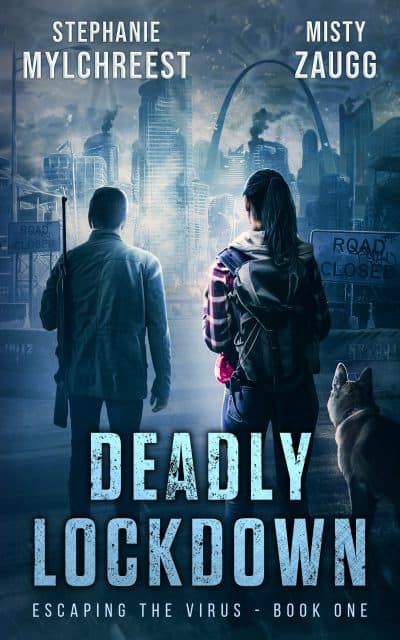 A deadly illness. Panicked lockdown. And two sisters who’ll stop at nothing to save each other.

A deadly illness. Panicked lockdown. And two sisters who’ll stop at nothing to save each other.

The second wave of the Siberian Flu catches the country completely unprepared.

Instead of killing the old and frail, the young and healthy are dropping . . . in hours, not days.

Kate, a new doctor, will sacrifice everything to break her and her sister free from a controlling stepfather and a dead-end small town existence. Moments from landing the critical job she needs, St. Louis falls apart around her.

Now it’s a race to survive. She has to fight through a city turning deadlier by the second and traverse a chaotic country to save her sister.

Alisa should be safe at home in their small town, but she’s never been happy to sit back and let life pass her by. Concerned for her stepbrother, she finds herself embroiled in a far-reaching conspiracy that might be even deadlier than the pandemic.

As an invisible killer spreads like wildfire, society breaks down with astonishing speed. Refusing to succumb to the chaos, the sisters will have to dig deep for strength, rely on new friends, and fight a vicious battle to survive.

From the authors of the top-selling Aftermath series, Deadly Lockdown is the first book in a gripping post-apocalyptic series full of everyday, driven characters who never quit fighting through non-stop peril and danger. A post-apoc thriller just right for fans of Kyla Stone, T.L. Payne, Ryan Schow, Jack Hunt, and Mike Kraus.