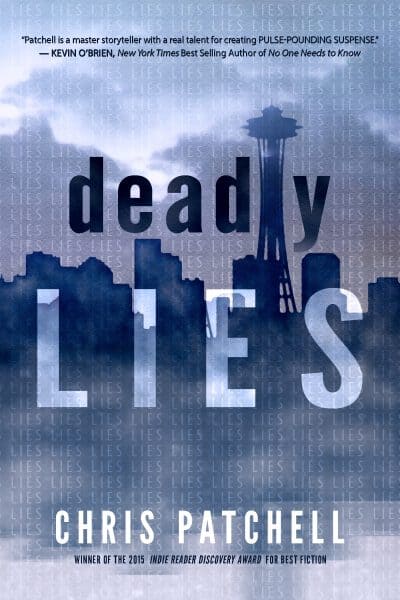 Husband and wife stand on opposite sides of a divide created by lies and rooted in a dark and deadly past . . .

As a teenager, Jill Shannon fell victim to her stepfather’s cruel abuse. Now, as an adult, Jill’s made it—she has a successful career and a solid, if not static, marriage to Detective Alex Shannon. Together they live out what seems to be a perfect life in Seattle.

The vow she made as a teenager to never again be a victim lies dormant—until one day a reporter lures her to his hotel room under the pretense of an interview—and suddenly it all comes rushing back.

Jill seeks revenge on the reporter, triggering a series of events that leads her down a wormhole of retribution, forcing her to spin an ever-widening web of lies.

Meanwhile, Alex is on the case of a series of murders that began as cyber relationships. There seems to be a familiar fingerprint on these crimes, but Alex refuses to believe that the murderer could be so close to him.

For those who couldn’t put down The Girl with the Dragon Tattoo comes a thrilling ride a la Mr. and Mrs. Smith, where husband and wife stand on opposite sides of a divide created by lies and rooted in a dark and deadly past.