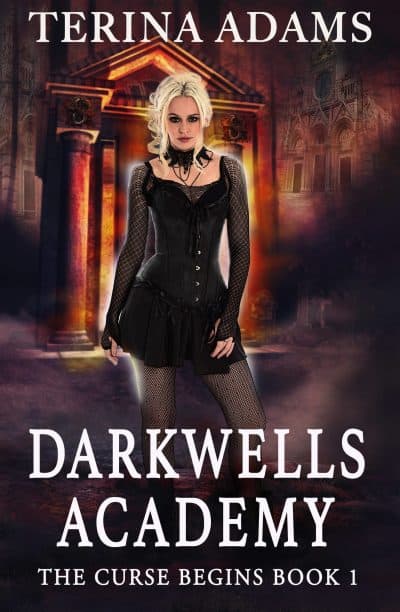 Hot guys. Dangerous magic. Wild parties. Dark secrets. A girl could get used to this.

Two things I know for sure:

The zombie who tried to kill me was real.

This is coming from a girl who doesn’t believe in ghosts.

I shouldn’t forget the psycho who chained me to the public bathroom taps using only his mind?

I can no longer deny the supernatural isn’t real. Especially when I’m hijacked by a crazy bus driver and taken back to school. But no any ordinary school.

Shut behind the protective walls of Darkwells Academy, I’ve got to find my ability and learn to use it quick as I appear to be on every rogue supernatural’s radar. I was never good at school. But the food here is good, some of the resident students are better than good, and Draak house really know how to party.

Enter Emrol, resident sex god and powerful fae who won’t leave me alone, even when he acts like he hates me. The feeling’s mutual, but it’s hard to keep away from him when he keeps using his magic to ensnare me.

Then there’s Luca, hanging in the shadows and watching my every move. Creepy weird if he wasn’t so panty smolderingly hot. Stay the hell away, I’ve been instructed by my new best friend. Not easily done when the guy emanates a dark danger I can’t resist.

It doesn’t take me long to realize there are more things going on in this academy than teaching students how to use their abilities. Not to mention the dark danger building outside the safety of the academy walls that I seem to be apart of.

If I can find my ability fast enough, master it quicker, I may just survive . . .