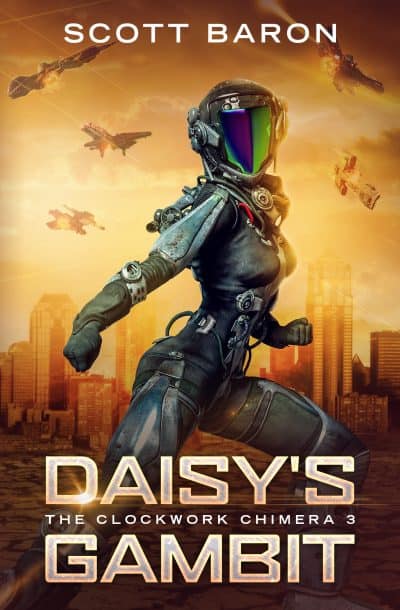 With a rag-tag team of scrappy survivors, Daisy reluctantly sets out on her most difficult and audacious effort yet. She is up for the biggest fight of her life. But if she somehow succeeds, she might just save not only her own world, but other worlds as well.

Her moment of triumph was finally at hand. Or at least that’s what Daisy thought before everything flipped on its axis and went to straight to hell. But that is par for the course in Daisy’s life, and she is becoming somewhat accustomed to expecting the unexpected. This, however, takes it to a whole different level. One far worse than she would ever have thought possible.

With her home in jeopardy, her loved ones in harm’s way, and her plans for all of their survival in doubt, Daisy once more finds herself forced to step up and take charge, fighting the hard battle she so desperately wanted nothing to do with.

Unfortunately, the alien forces that devastated her planet seem to be much more of a threat than she ever realized, and if she doesn’t move quickly, whatever fleeting victories she achieved in the past will soon be negated by her losses in the near future.

With a rag-tag team of scrappy survivors, Daisy reluctantly sets out on what will be her most difficult and audacious effort yet. But if she somehow succeeds, she might just save not only her own world, but others’ worlds as well.