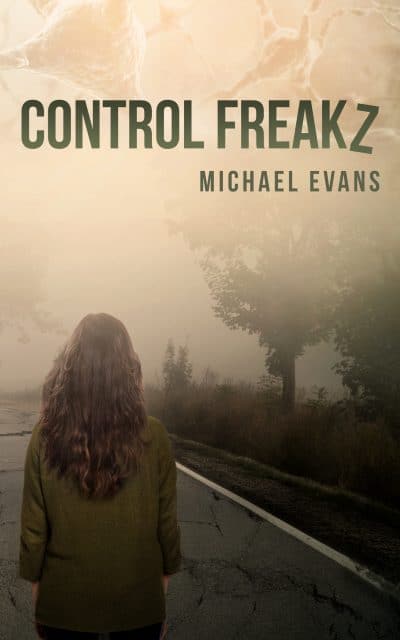 Trillons of dollars were lost in the Great Crash. Thousands of lives were ended with Protocol 00. And Natalie’s life might be the next . . . The past haunts her, the future scares her, and the present is out to kill her.

Trillons of dollars were lost in the Great Crash.

Thousands of lives were ended with Protocol 00.

The past haunts her, the future scares her, and the present is out to kill her.

Natalie had always known her dad’s disappearance was connected to something much more sinister inside Area 51, but she never guessed that finding answers would require her to sacrifice everything. After the Great Crash and the election of President Ash, Natalie’s dad disappears and her grandpa soon after ends his own life. But these tragic events shrouded in mystery pale in comparison to the horrors that ensue with the onslaught of Protocol 00.

After Protocol 00 is enacted, Natalie’s entire family is taken by the Protection Services Agency, along with the families of her two best friends, Hunter and Ethan. With nothing to lose and the threat of government hitmen kidnapping them at any moment, the three must battle to survive in a horrid, post-apocalyptic world run by President Ash and his invasive government. Risking ruthless leaders, attempted mind control, and her very existence on the planet, Natalie, along with Hunter and Ethan, will stop at nothing in their quest to learn the secrets that destroyed their lives. But there are unrivaled powers working against them, and with impending doom looming at any moment, there is no one to trust and nowhere to hide. In a life devoid of hope, happiness, and safety, Natalie must battle both the darkness lurking inside and out of her in order to regain one fleeting memory of her past that has all but fallen away for good. But it might already be too late.

For fans of The Hunger Games and Divergent comes a breakthrough new dystopian series that uncovers dark government conspiracies threatening to end everything.