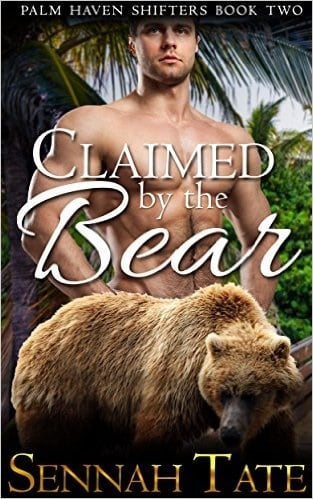 Shifters and witches are mortal enemies, but that doesn’t stop Ashley from being attracted to the bear shifter who has claimed her as his own. Already in trouble with her coven, Ashley is caught in the middle of a magic war, and finding a happily ever after seems impossible . . .

A single taste of forbidden love is all it takes . . .

A war is brewing between the magical factions in Palm Haven, and white witch Ashley Montgomery is caught in the middle of it. She wants to tame her magic, but her Coven seems to have other plans . . . Plans that may force her to reveal just how much power she has, or risk losing her magic forever.

Unless she can find one of them to help her. Shifters, that is. Like Callan, the bear shifter she can’t seem to stay away from . . .

Callan Fredricks is not happy with his bear’s reaction to Ashley. The shifter in him instantly recognizes her as his mate, and he’ll do anything to have her . . . but the human side of Callan isn’t so convinced. After all, shifters and witches are mortal enemies.

In order to conquer the danger stalking them both and find their happily ever after, Ashley and Callan will have to overcome their long-held prejudices, but that’s easier said than done and time is quickly running out . . .