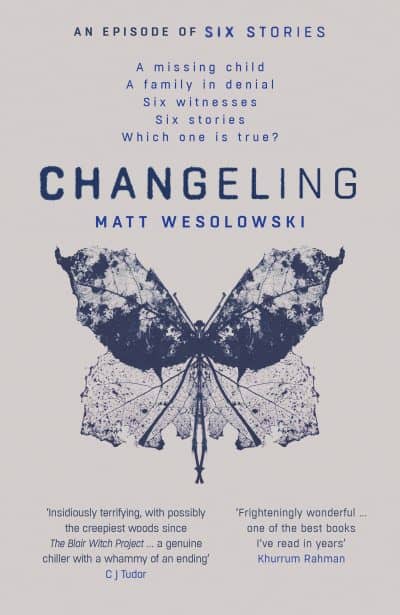 Elusive online journalist Scott King investigates another cold case—the disappearance of a seven-year-old boy from his father’s car on Christmas Eve—in an intensely dark, deeply chilling, and searingly thought-provoking thriller, in another episode of Six Stories.

A missing child
A family in denial
Six witnesses
Six stories
Which one is true?

On Christmas Eve in 1988, seven-year-old Alfie Marsden vanished in the dark Wentshire Forest Pass, when his father, Sorrel, stopped the car to investigate a mysterious knocking sound. No trace of the child, nor his remains, have ever been found. Alfie Marsden was declared officially dead in 1995.

Elusive online journalist, Scott King, whose “Six Stories” podcasts have become an internet sensation, investigates the disappearance, interviewing six witnesses, including Sorrel and his ex-partner, to try to find out what really happened that fateful night. Journeying through the trees of the Wentshire Forest—a place synonymous with strange sightings, and tales of hidden folk who dwell there, he talks to a company that tried and failed to build a development in the forest, and a psychic who claims to know what happened to the little boy . . .