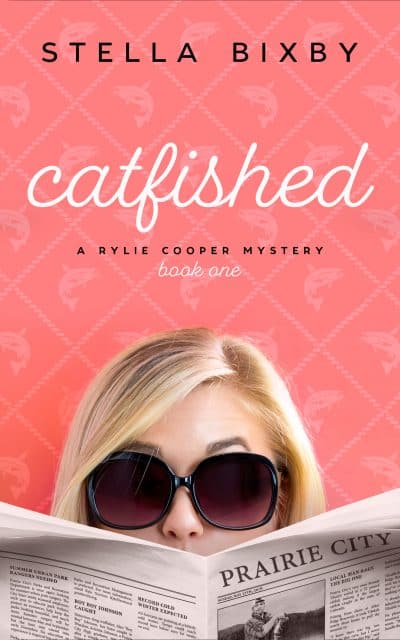 Rylie thought being a park ranger would be all fresh air and nature walks . . . until she found the body.

It wasn’t the life she pictured.

And the view from her parent’s basement . . .

Rylie hadn’t grown up wanting to be a park ranger (or move back home in disgrace) and she wasn’t sure what it involved, but she had to start somewhere. Rebuilding a life after being lied to, cheated on, and evicted, isn’t an exact science. She thought her first day on the job would be all fresh air and nature walks.

Then she found the body.

If it wasn’t for the appearance of Luke Hannah—the lead investigator on the case and her first love—she may have cut her losses and returned to the help wanted ads. But now Rylie is determined to prove herself . . . in more ways than one.

When the authorities pin the murder on the wrong man, Rylie casts out to catch the real killer and clear the innocent man’s name—at the risk of losing her job or even becoming catfish bait herself.

If you like Janet Evanovich’s Stephanie Plum series, you’ll love the first book in the Rylie Cooper Mystery series, because it’s a witty murder mystery baited with snarky humor and a hint of romance.