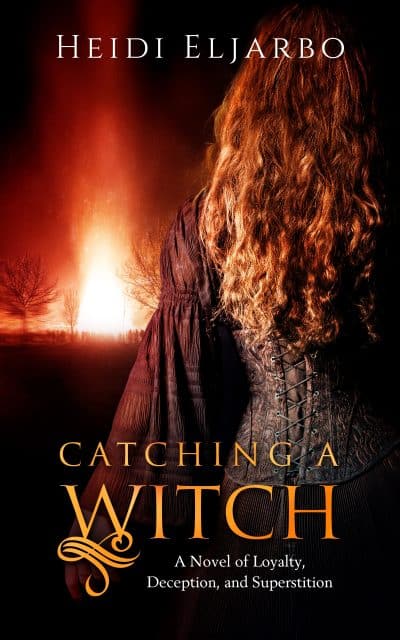 Catching a Witch: A Novel of Loyalty, Deception, and Superstition

Norway, 1660. When Clara’s best friend Bess is accused of being a witch, Clara must make an incredible sacrifice to save not only her friend but the entire town . . . before it’s too late.

Clara Dahl, an educated and upstanding minister’s daughter, returns to her childhood home in Norway after several years abroad. She’s excited to reconnect with her lifelong friend, Bess and to spend some time becoming reacquainted with the townsfolks. But before long, Clara realizes her sleepy, little, picturesque corner of the world has been invaded by evil.

The year is 1660, a time in history when women—especially poor women—were tried and executed for witchcraft. When an English witch-hunter arrives in Clara’s seaside village home, she watches in horror as the townsfolk not only welcome him but begin to work with him. As neighbor turns against neighbor, Clara finds herself drawn into the fray, forced to do what she can to protect her friends and others she cares about.

Clara struggles against the witch-hunter’s influence, speaking out against his unjust treatment of those accused of witch-craft as he plays on other peoples’ superstitious and religious beliefs. She is appalled by the townsfolks’ behavior, and aside from a handful of close friends, she feels she has no one she can trust. But when Clara’s best friend Bess is accused of being a witch, Clara must find others to join her quest to save not only her friend but the entire town . . . before it’s too late.