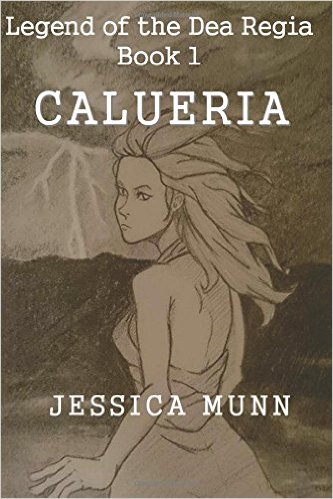 Calueria (Legend of the Dea Regia)

When Calley finds herself magically transported to Calueria, she discovers during her travels that of all the magic in Calueria, the magic of Pure Love, which she possesses in abundance, is the most powerful!

As the initial volley in trilogy of majestic magnitude, Calueria stimulates the reader’s curiosity about an alternative realm in which humans, or mortals, were created for the sole purpose of the progression of other magical races. Calley doesn’t know it, but she is the salvation of the Essent Medei and their entire world of magical races. Though, the prophecy about her says she is the opposite, the destruction of all of the magical races.

Her world is turned upside down when her father, Jethro, disappears mysteriously. Trying to rescue him, Calley is kidnapped, sold as a slave, and unexpectedly defeats the Lamia Dominitri. Our young heroine narrowly escapes another capture, falls in love with two boys at the same time and then must face her father’s captor, Anngora, the most fearful of Strigae (witches) in all of Calueria.

When Calley finds herself magically transported to Calueria, she discovers not only a whole new world, but she learns who she truly is, what she is truly capable of and who wants to take it all away from her. Calley finally discovers during her travels that of all the magic in Calueria, the magic of Pure Love, which she possesses in abundance, is the most powerful!