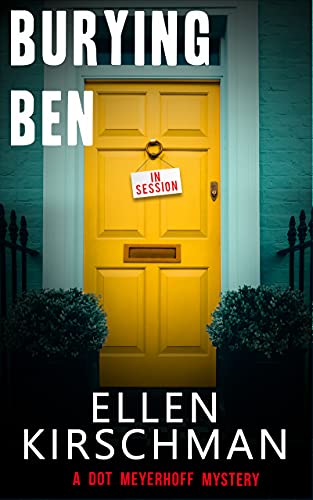 Dr. Dot Meyerhoff, newly minted police psychologist, is not only sad, she’s mortified. A floundering, sensitive young rookie cop steps into her office. She tries to help him, but after a few sessions, he commits suicide. Now her job and license are at risk!

A floundering, sensitive young rookie cop steps into her office. She tries to help him, but after a few sessions, he commits suicide.

Not a good look for a psychologist with a new job.

But she didn’t expect to fail quite this badly.

Freshly divorced and in need of cash, she took the job even though she wasn’t quite prepared for it—especially for the irascible police chief, and the lack of respect throughout the department. Now she’s in danger of losing both the job and her license.

Because when a client commits suicide, people tend to blame the therapist. Including Dot herself. She’s beating herself up because she didn’t prevent it. But could she have?

She’s desperate to find out, and her quest takes her all over the small California town in which she finds herself. Luckily for the reader, sordid secrets spill out of closets in every neighborhood she visits.