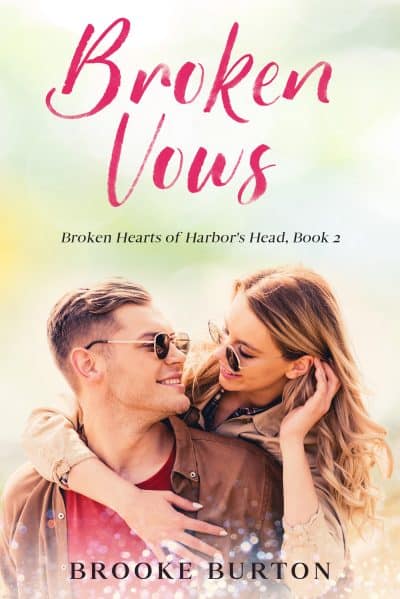 When Rebecca and Asa were to be married in their religious commune, their minister decided she would marry Asa’s brother instead. The price for helping Rebecca flee is imprisonment in the commune’s brutal labor camp. When Asa finds her again, he is broken beyond repair.

From the author of Broken Dreams, a sweet-but-hot romantic suspense that’ll make you weep. He promised her he’d find her, no matter what. Four years later, he finally does, but he’s broken beyond repair. Will she convince him that their love can conquer all?

Rebecca grew up with the gorgeous Asa Burns in their isolated religious commune. Falling in love and carrying his child, Rebecca knew he was her forever. But as the pair were planning to marry, the commune’s new minister decided that she would marry Asa’s brother instead. Desperate to be together, Asa helps her flee the commune . . . but the price of her freedom is his imprisonment in the commune’s brutal labor camp.

In their last moments together, Asa promised her that he would come to her. That they would be together again.

Four years later, Rebecca has a new life with a job she loves at a local flower shop, great friends, and a safe place to call home. To remain free, she’s had to cut all ties to her past. Yet, not a day goes by that she doesn’t think of the man she loves and what he did so that she could be free.

One evening, as Rebecca is making deliveries to the hospital, she stumbles onto a patient’s room and sees an injured Asa.

For four long years, Asa has fought every day for survival. The only two things that have kept him going are the thought of his one true love and the child they gave up for adoption. Now that he’s found her again, all he wants is to return to the way things were before. But years in a hellish labor camp have left him with demons he can’t shake, and he questions whether he’s still the right man for her. The only way for her to live untainted by his past might be to say goodbye for a second time.

Yet he cannot deny the flame that still burns brightly between them, and it quickly becomes something they can’t resist.

Can Rebecca convince him that they can still have a happily ever after? Can Asa move on from his past for her? And as Father Gideon closes in, can the pair find a way to escape . . . and find the happiness they’ve been denied for so long?

Broken Vows, book 3 in the Broken Hearts of Harbor’s Head Series, contains subject matter which may be considered sensitive or triggering to some, including PTSD, suicide, and teenage pregnancy. Discretion is advised. This is one of a series of interconnected, standalone novels.