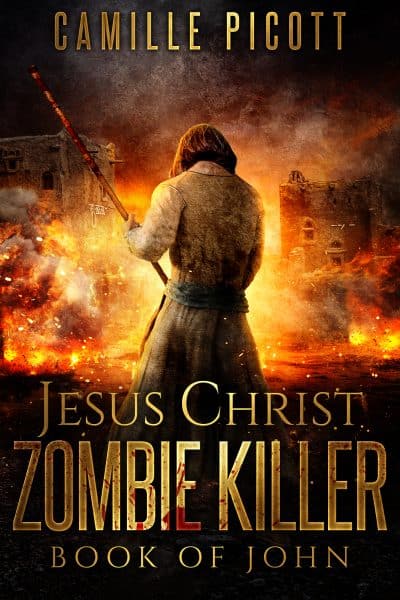 A new evil stalks ancient Galilee. A high priestess of the Death Goddess conspires with King Herod to raise an army of the dead with unholy necromancy. All that stands between the world and its total destruction are an exiled princess and a warrior shepherd.

When the dead are resurrected, not even the blessed are safe. Can one peacemaker stop a necromantic war?

John the Baptist serves his people as a weapons master devoted to keeping the peace. The murder of his wife leaves him plagued with guilt and secretly dependent on herbs that numb the pain of his loss. But when he realizes King Herod’s desire to conquer Egypt will lead to his people’s conscription, the world-weary warrior rises above his addiction to keep them safe.

Discovering to his horror that the king’s wily mistress is creating an undead army using necromancy, John realizes his people may be facing brutal extinction. And now his only option is to gather all the soldier-shepherds and make a stand against an unyielding legion of sacrilege . . .

Can the dedicated leader defeat an unstoppable horde before those he loves are wiped out?

Buy Book of John to end the bloody onslaught today!