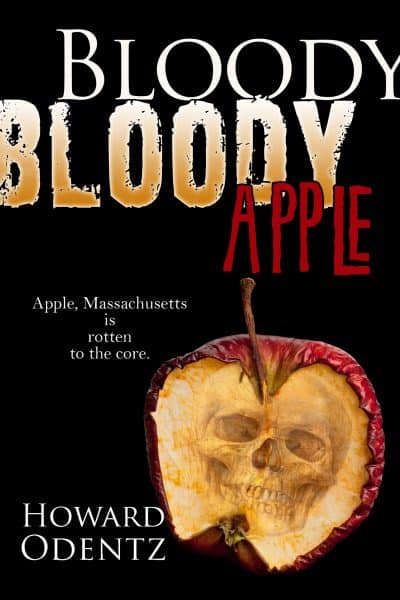 Death swirls tightly around Jackson Gill and his friends. Caught up in the maelstrom of murder, they can’t help but dance ever closer to the horror that has plagued their lives for so long. After all, they have no choice. They live in Bloody Bloody Apple.

Apple, Massachusetts, is rotten to the core.

Every fall, when the orchards ripen and the leaves begin to die, there are murders. Families mourn, but no one is ever caught. Now, there’s a body in the woods, and the cycle is starting again. People bruise easily in Apple.

Finding a murdered and mutilated girl plunges Jackson Gill into the middle of a decades old horror. For Jackson, the newest murders become personal. His mentally ill sister says that five will die this year, and she knows far more about the murders than anyone restrained in a basement room should know.

When one by one, her sick, cryptic predictions prove true, Jackson will have to believe the unthinkable and stop what no one has been able to stop in sixty years.

Or lose those he loves the most.