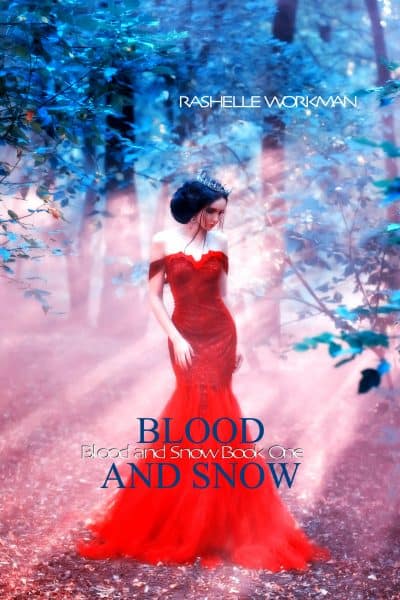 Snow has always believed herself to be ordinary. But when a Hunter with fangs takes some of Snow’s blood, her life begins to change. And she discovers her very existence is part of a supernatural destiny she never knew existed.

Every thousand years, the vampire queen selects a new body, always the fairest in the land, and this time she’s chosen Snow White.

Snow has always believed herself to be an ordinary girl living around extraordinary people. She attends Salem High with her best friend, Cindy. She has seven gorgeous neighbors, including one that she has a serious crush on. She even has a cat named Gatsby that she sometimes forgets to feed.

When a Hunter with fangs takes some of Snow’s blood, her life begins to change. And she discovers her very existence is part of a supernatural destiny she never knew existed.

1.1: Blood and Snow
Snow White lives in Salem, Massachusetts with her dad, stepmother, and her cat, Gatsby. Her entire life she’s been teased for her fairy tale name, and the fact that her seven best friends happen to be guys whose names begin with the same letters as the seven dwarves.

Everything changes on a trip into Boston, where an unseen stranger bites her, and she’s transformed into something not quite human.

1.2: Revenant in Training
Snow has been transformed into a revenant—not quite human and not quite vampire. She must discover how to live with the changes, hopefully without killing anyone.

1.3: The Vampire Christopher
As a revenant, Snow White craves blood. Especially the blood of her Hunter. But will drinking from him save or enslave her?