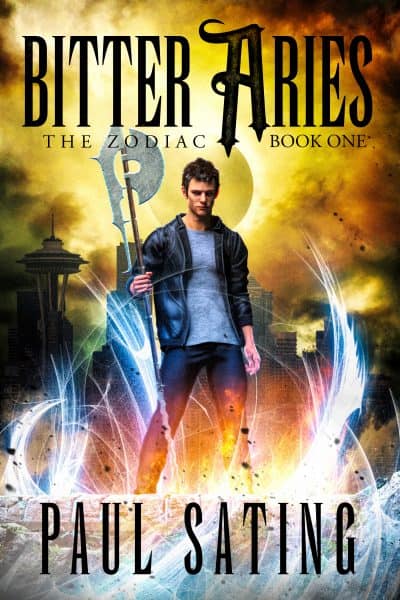 All demons have magic. Except one. And that’s just the beginning of his troubles.

No job, no hope, and not a lick of magic: Ezekial Sunstone has little going for him. The problem is, not a single demon in Hell’s Fifth Circle will allow him to forget it. Not even the fairies.

Infamous for the wrong reasons, Lucifer’s Council changes his fortunes when they select him for a special mission. The problem? They’re sending him to Seattle to find a runaway who also happens to be one of the oldest and most powerful magic users in history. Aries has run away from the Underworld. No one knows why or where he is hiding. That is for Ezekiel to discover.

Accompanied by his best friend and his worst enemy, Ezekiel must learn to navigate the Overworld long enough to complete his mission. But the Overworld is a strange place. He will find no harpies or chimera, and magic is a definite no-go. Unless you’re the bad guy. Beelzebub has assured Ezekiel he is immune to Aries’s attacks, but the last thing he feels like doing is placing his trust in the Prince of Demons.

Can he trust Beelzebub? How can he defeat one of the Underworld’s most powerful magic users? What surprises will Aries have in store?

This could be his shot at redemption, or it might be the most humiliating event in a life full of them.

A young demon without magic versus one of the oldest of their kind with immeasurable power.

No magic, no problem, right?

The Zodiac series is the type of urban fantasy action-adventure you get when you mix Jim Butcher and Christopher Moore. Fans of Terry Mancour, Lindsay Buroker, Annette Marie, DN Erikson, John Conroe, Rachael Aaron, and Ben Aaronovitch will enjoy this ride into the world of souls.