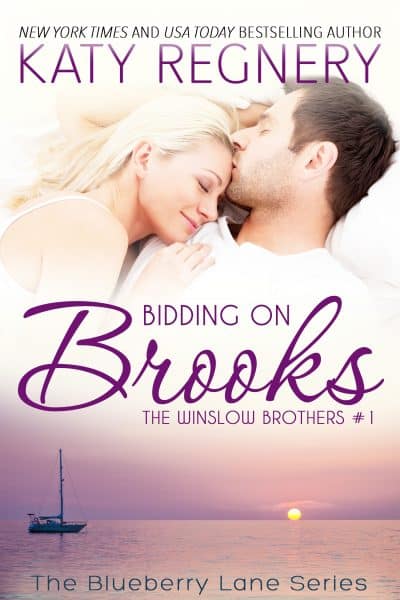 Two good friends. One bachelor auction. When Skye Sorenson bids on her friend, Brooks Winslow, and wins him, the last thing she expects to lose is her heart.

Railroaded into a bachelor auction by his sister, Jessica, Brooks Winslow asks his friend, Skye Sorenson, to bid on him to avoid the possibility of any romantic entanglements.

Fiercely competitive and protective of those he cares for, Brooks was profoundly affected by the loss of his father at an early age. A witness to his mother’s terrible loneliness and his siblings’ grief, the ex-Olympian has never allowed himself to fall in love.

Skye Sorenson, the plucky mechanic at Sorenson Marina, where Brooks moors his three sailboats, is a credible sailor in her own right . . . and has quietly lusted after Brooks for years. But her longstanding friendship with Brooks has always made romance seem impossible.

When Skye agrees to bid on Brooks, the two cast off for a week-long ocean adventure on Brooks’ sailboat, The Zephyr, where the last thing Skye expects to lose is her heart.

Return to the world created in the English Brothers books with this fresh foursome of scorching hot Winslow Brothers!