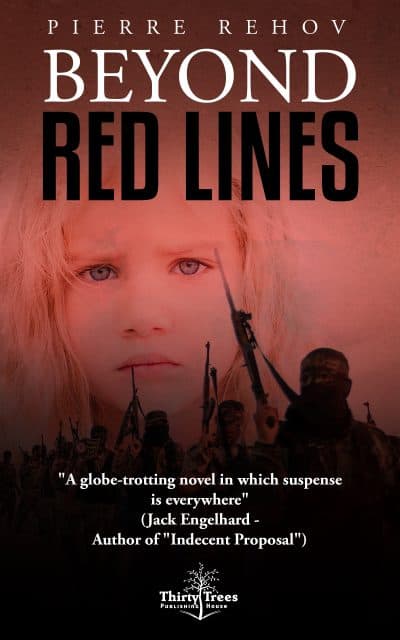 A doozy of a thriller! This is a globe-trotting novel in which suspense is everywhere and the surprises are non-stop. The intrigues keep the reader turning the pages for the next fateful encounter.” Novelist Jack Engelhard (Author of “Indecent Proposal)

As a young conscript, Theo Collin is noticed by his superior officer for his very special talent  . . . An accident saves him from being sent to the front in Iraq. But his officer will never forget him.

A decade later, while married and father of a little girl, Theo is offered a prestigious position as chief computer scientist in Mexico. He has no idea that behind this unexpected promotion lies a trap.

In the New York offices of his multinational corporation, Gregory Cheston, has set his mind on avenging his brother, the victim of an Islamist terrorist attack. At the head of a colossal fortune, and starting from the principle that democracies are hindered by “political correctness” in their fight against terrorism, he founded the organization “White Cells.” applying his particular conception of the immune system of democracies.

Training camps were secretly created in the Sierra Madre with the support of local mafias and thousands of mercenaries were recruited, while the CIA and MOSSAD questioned and investigated the potential existence of such camps. But are all the men involved in the operation really mercenaries? How many of them were recruited against their will?

It’s in one of these camps that Theo Collin will experience hell.

But after months of training, he’ll have only one goal left. To find his wife and daughter. At all costs. Even if it means destroying Gregory Cheston’s empire