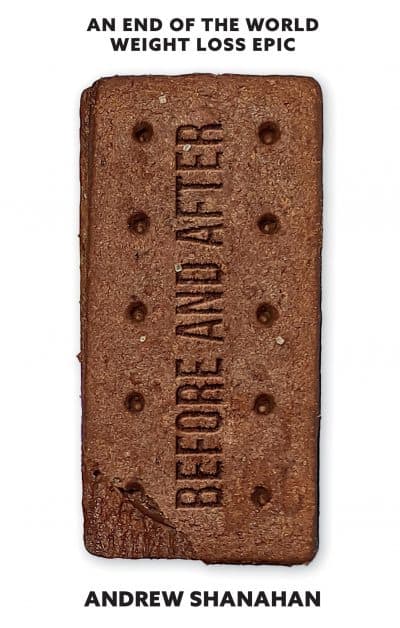 Before and After: Some Heroes Wear XXXXL Capes

Ben Stone is terrified. He weighs 610 lbs and needs his leg amputated. A crane will soon lower him from his flat to an ambulance below. He hasn’t been out in nine years and he doesn’t know who will look after his dog. He needn’t worry because the world is about to end.

He’s terrified because he weighs 610 lbs and needs his right leg amputated.

He’s terrified because a crane will shortly lift him from his fourth floor flat and lower him 44 feet to an ambulance waiting below.

He’s terrified because he hasn’t been outside in nine years and he doesn’t know who will look after his dog.

He needn’t worry though, because the world is about to end.

“This is a horror story. It’s a visceral portrait of addiction and the hope of redemption in a world turned mad by hate and fear. The worst thing is that it is true. A must read.” —Jane Almond-Deville, Chair of The British Obesity Society.

An incredible story of a giant man with a hunger to survive the end of the world.

As Ben Stone’s world is turned upside down by the wraths—murderous humans intent on venting their fury with the world—he is faced with a series of impossible choices to save himself and his precious dog, Brown. As he is forced to use the meagre resources at his disposal to survive, he runs the risk of bringing the wraths ever closer to his own front door.

Can Ben and Brown find hope in the end of the world, or will their own darkness claim them too?