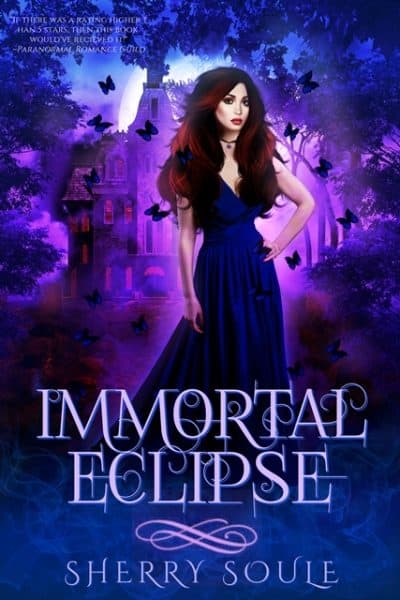 Shiloh Trudell isn’t like other sixteen-year-old girls. She’s a heritage witch with psychic powers and can communicate with the dead. When she encounters a ghost with an attitude problem and an agenda, she finds herself on the verge of uncovering a shocking secret.

New guy in town. Rumors of witchcraft. And doomed first love. This is where the saga begins . . .

Fallen Oaks isn’t like other small towns, it’s a secret community nestled deep within the woods, where forces of both good and evil reside. And Shiloh Trudell isn’t like other sixteen-year-old girls . . . She’s a heritage witch with psychic powers, who can communicate with the dead. So when she takes a summer job at the haunted Craven Manor, her life takes a frightening turn after she encounters a ghost with a serious attitude problem, and an even more sinister agenda.

As if things weren’t complicated enough, enter smoking hot Trent Donovan, a boy who makes her heart pump faster and yearn for some normalcy. But after stumbling upon a supernatural murder mystery that only she can solve, Shiloh sees her chance for an ordinary life slipping even further away.

Between dating the hottest guy in town, fending off soul-sucking demons, and studying magick, Shiloh finds herself on the verge of uncovering a shocking secret that the others in town have vowed to protect.

But will exposing this secret come at a deadly price?