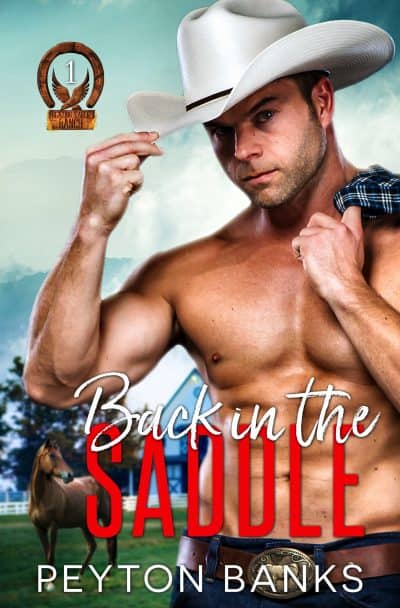 Back in the Saddle (Blazing Eagle Ranch Book 1)

When secrets are revealed, Parker and Maddison’s worlds explode. Will they be able to survive the past to build a future?

Not everyone gets a second chance.

Parker Brooks was a legendary bull rider. He had become a household name until he suffered a career-ending knee injury. Now he’s back home working his family’s ranch alongside his brothers.

A night out for a celebration flipped his world upside down. A certain young woman who had walked away from him without a word, or an explanation was working the bar.

Maddison King was the only woman he’d been ready to give his heart to. She’d been his everything, and then she’d up and vanished.

He’d thought he’d gotten over her, but one look at her luscious curves and killer smile had him realizing otherwise. She’s older, more mature, and too sexy for her own good.

There was no denying the attraction between them. It was just like old times.

He deserved to know why she’d packed up and left. She couldn’t run from him forever.

When secrets are revealed, Parker and Maddison’s worlds explode. Will they be able to survive the past to build a future?