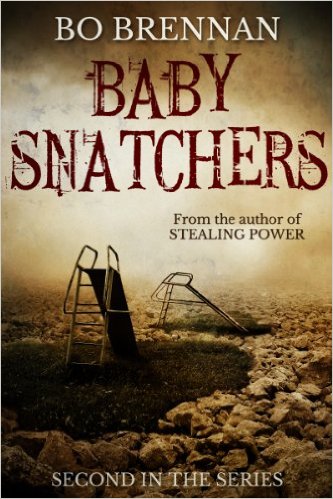 When a schoolgirl is left home alone, Detective India Kane sets out to find the missing mother. She finds her in a psychiatric hospital, claiming her new-born was stolen. Are her claims the ramblings of a mentally disturbed mind, or was her baby snatched?

With children, who can you really trust?

When inner city school teacher Terri Davies’s star pupil is left home alone for a night, Terri is reluctant to alert the authorities and deal with the messy bureaucratic nightmare it entails. Instead she turns to her sister, Detective India Kane, to quietly locate the missing single mother.

It doesn’t take long—India finds the mother sectioned in a psychiatric hospital, making wild claims that her new born baby was stolen by a leading pediatrician. With no record of a baby ever being born, are her claims the ramblings of a mentally disturbed mind, or, does the baby really exist, as Terri insists? And if he does, where is he? Under pressure from her sister with reminders of her own haunted past, India sets out to find the truth.

As head of the Met’s Paedophile Unit, Detective Chief Inspector AJ Colt has seen it all. But even he isn’t prepared for what his team encounters during a raid on a Hollywood heart-throb’s London home. With an elite predatory paedophile ring at large, the last thing he needs is for young girls to start disappearing from Social Services care.

When the same names start cropping up in both their investigations—Kane and Colt’s cases become entwined, plunging them deep into the secretive world of the Family Court system . . . an institution whose secrets some will kill to keep.