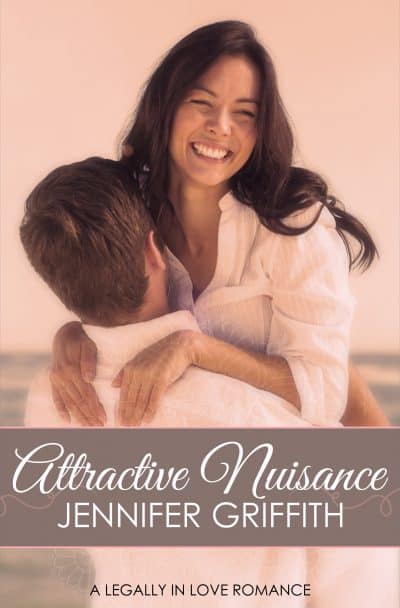 Have you ever had a dream that you were terrified might come true?

A pink-frosted doughnut with sprinkles should not make an attorney shriek in fear.

When prosecutor Camilla Sweeten sees newly hired Zane Holyoak slide a pastry from a bakery bag, her reaction is nothing close to rational. It’s the exact pink doughnut from her dream where she kissed a handsome stranger! Now she’s daydreaming about kissing Zane, even though he poses her fiercest competition for the Chief Deputy promotion she desperately needs.

Attorney Zane Holyoak has always gone with his gut. He’s even followed it back to Yucca County, after swearing never to return. Maybe it’s leading him back to fill the vacancy for Chief Deputy. If so, Zane can finally prove to his parents he’s not just a disappointing kid anymore. However, one attractive obstacle stands in his way: the uber-capable Camilla.

Both are gunning for the job. So when their boss forces them to tag-team a prosecution of a known criminal, it throws them a curveball, especially as the chemistry between them rises. However, as the case unfolds, not everything about the crime, or their assumptions about each other, is what it seemed at first glance.