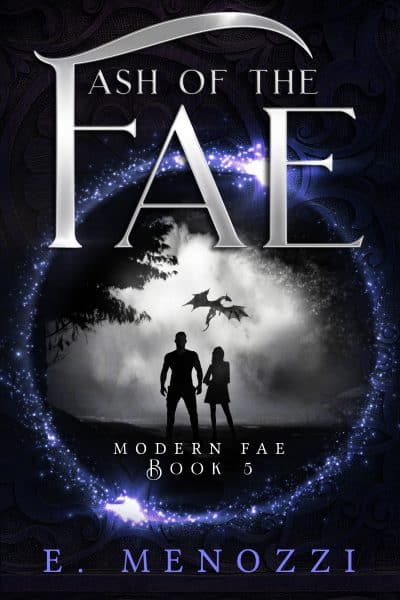 A wizard, her Dragon Fae bodyguard, and his faerie dragon familiar have a chance to stop a war, but falling in love may prove deadly.

Caution: Falling may be deadly.

Fashion influencer and secret wizard, Hannah Vos, knew she had haters. She just didn’t expect her best friend to be one of them. Now she’s determined to save her career, even if it means confronting the half-demon frenemy who almost killed her. But first she’s going to have to ditch the annoyingly attractive Dragon Fae that the Faerie Queen assigned to be her bodyguard.

When Ved Ashwing volunteered to protect Hannah, he thought it would be easy. So long as he kept her inside her warded apartment and kept the demons outside, he would prove he could be trusted and secure his position among the Dragon Fae. But sitting around and waiting until the war with the demons blows over is not on Hannah’s to-do list.

Determined to complete his job, Ved agrees to accompany Hannah behind enemy lines so she can secure the future of her career at her frenemy’s annual summer party. To make it work, Ved will have to pretend to be Hannah’s boyfriend. But Ved can’t lie, and the last thing either of them wants is to be catching feelings when they should be crushing demons.

Can they keep up the act long enough to end the war between the Fae and the Demons? Or will their enemies find a way to use their inconvenient attraction to destroy them?