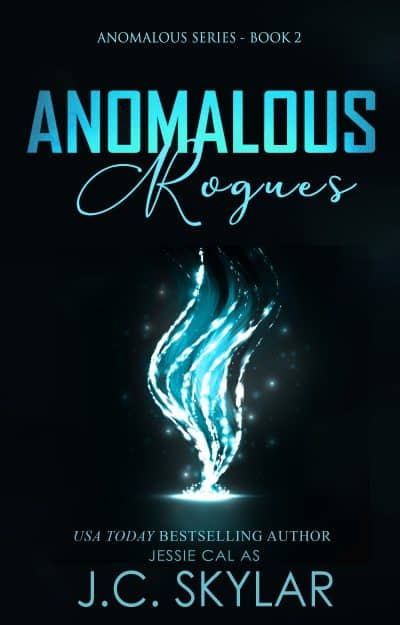 USA Today bestselling series. Anya heals Tristan. Now, he knows the truth about her. He knows she’s not just the shy girl from the back of the class. She’s anomalous–the freaks with extraordinary abilities who put his mother in a coma. And now, he needs her…

Anya couldn’t just let him die. Even if Tristan is training to be part of a special ops team who hunts down her kind.

If she didn’t have healing abilities, it wouldn’t have been a problem. She wouldn’t have had a choice. But there he was, bleeding out in the rain, and the clock was ticking.

So, she did. She healed Tristan. Now, he knows the truth about her. He knows she’s not just the shy girl from the back of the class. He knows she’s anomalous–or as he calls them, the freaks with extraordinary abilities who put his mother in a coma.

Now, he’s waiting by her locker. And by the look in his eyes, he’s probably ready to drag her to the nearest laboratory to be dissected like others of her kind . . .

Tristan didn’t remember much of that night, except that he was dying. Then, all of a sudden, he wasn’t. He woke up fully healed, and with only one vague memory in mind . . .

For years, she had only ever been the quiet girl in the back of the class. Never did he imagine she would be one of them. An anomalous. The freaks with extraordinary abilities. The freaks who put his mother in a coma. Becoming a tracker has been his only life goal. Yet . . .

He’s determined to find out why.