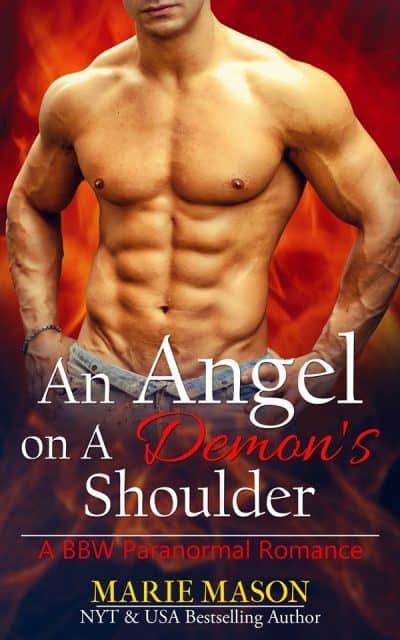 Remington Conroy had managed to keep his hands off his mother’s curvy angel assistant for over a year. That all changes when she becomes the target of a dark fae. He’ll do anything to protect her, even fall in love.

When this Conroy brother falls, he falls hard!

Remington Conroy worked for a hellish boss. No, really. His boss was the Prince of Darkness and he was a bounty hunter condemned to bring back the lost souls who managed to escape the fiery pit of hell. He, along with his two brothers, had been condemned to this life long before they were born.

Now, the family curse was broken and the men were free to do as they pleased. Both his brothers had found their mates and were now expecting their first child. Remington tried not to be envious, he really did. He knew he could never have that. He was a little more than just a bounty hunter, having been recruited to find—and eliminate—the more dangerous souls who managed to escape the devil’s hold. Those souls who couldn’t be allowed to exist—on any realm. His job was too dangerous and he’d made too many enemies to have a mate and children.

Besides, he had eyes for only one woman—his mother’s curvy assistant, Clementine. For over a year he’d managed to keep his hands to himself and his c*** in his pants. Now that she was in danger and he was forced to protect her at all costs, he knew the gig was up.

The last Conroy brother was about to fall—deeply, irrevocably in love.
You Lucky Witch – Book 1
A Demon’s Desire – Book 2