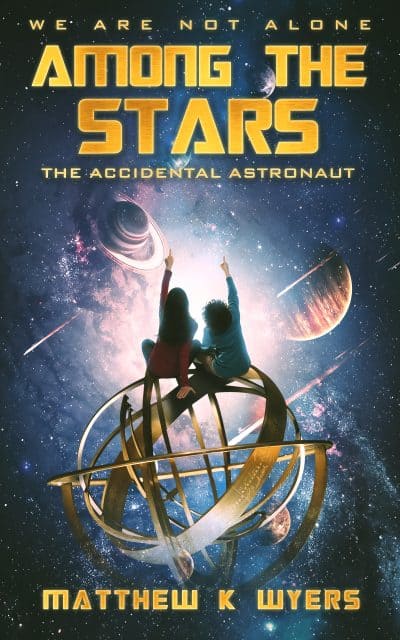 My dad is gone and my dream of being an astronaut like him? Doesn’t matter anymore. Moving to my parents’ hometown didn’t sound so awesome, but then a giant space ship showed up. My friends and I are imprisoned and Earth is in danger. Now, I just want to go home.

fter the loss of his father aboard Earth’s first starship, twelve year old Micah Alfero is feeling awfully alone in the world. He’s had to move to a new city and a new school where the principal is upset because Micah took it upon himself to stand up for his new friend Hannelore Allbrooks. The local bully isn’t making things any easier.

Life takes a dramatic turn, however, when a huge alien spaceship shows up over his home of Garden City. The leader of the invasion is demanding a device called the Convergence that no one seems to know anything about. Little does Micah know, he is closely connected with someone who possesses the machine, a marvelous creation that moves objects through time and space.

Micah, Hannelore, and other bystanders are subsequently abducted by the invading aliens. While the children are soon rescued by Darbian, a member of the intergalactic corps of Wardein, they are not out of danger from an even greater threat.

A mad scientist turned cult leader is wreaking havoc in the past, present, and future. His plan is to conquer the universe, but first he must destroy Earth. That is, unless this newly formed band of heroes can stop him.

Time and space are out of sorts . . . the other Wardein are not responding to Darbian’s call for help . . . and Micah learns there is a greater destiny unfolding. The universe will never be the same when all is said and done.