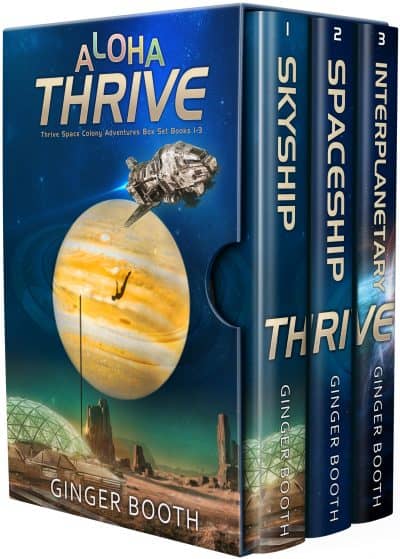 An ex-cop who cannot die. A moon full of settlers who cannot thrive. Loved Firefly? Great characters in an ensemble cast, space with rickety tech! This is just the crew to fail—or save the world.

Mahina’s terraformers built a high-tech urban paradise. Then Earth flooded the colony with desperate refugees, cop Sass Collier among them.

The settlers who arrived with Sass died decades ago. Outside the citadel, their descendants die weak and young.

Sass fought a rebellion against the city once. She won concessions to give the settlers a chance at health. She paid with 20 years in prison.

Now she’s out, a reformed character. She assembles an oddball crew doing odd jobs. She intends to mind her own business—how to make a profit on the skyship Thrive.

But her fellow settlers are still failing.

While her business model careens toward circus acts, Sass dares to defy the city again, to solve Mahina’s failure to thrive.