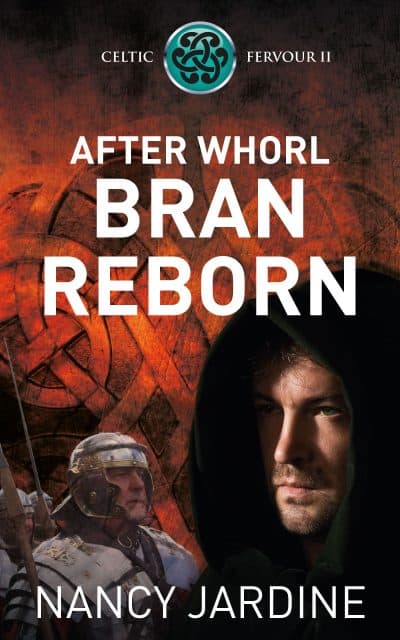 Brennus of Garrigill must build a new life for himself after the devastating battle at Whorl against the mighty Roman Legions. Ineda of Marske is a determined young woman, intent on resisting Roman domination. Can they find a way to fulfil their destinies together?

“ . . . the author brings the culture and society of Celtic Britain vividly to life—and in this book there is also an intriguing contrast with the ordered, militaristic lifestyle of the occupying Romans.”

An altered survivor. An enterprising young woman. A ruthless abduction.

Seriously injured at Whorl, Brennus goes from surviving to thriving the trauma of battle. Taking on a new identity – Bran – he vows to disrupt the Roman conquest of his Brigante territory. Though how can he do this when he is forced to labour for the Roman Ninth Legion?

Ineda helps Bran adjust to his new role. The pair trade with the detested Romans, a fantastic cover for their spying activities. She’s a determined young woman, but making Bran accept her as a lover is the hardest thing she has ever attempted. All seems well till they are attacked by a Roman patrol. Afterwards Ineda cannot be found, the chains of Roman slavery binding her to the Roman tribune named Valerius.

Distraught with Ineda’s loss, can Bran find a new occupation?

The adventures of Bran, Ineda and the Garrigill Clan continue . . .

“The narrative is bursting with facts and the author’s attention to detail is admirable. All this, wrapped around an intriguing narrative with fascinating characters.”

Readers who love epic historical tales, set in a spellbindingly turbulent era, will enjoy this first part of the adventures of Bran and Ineda.