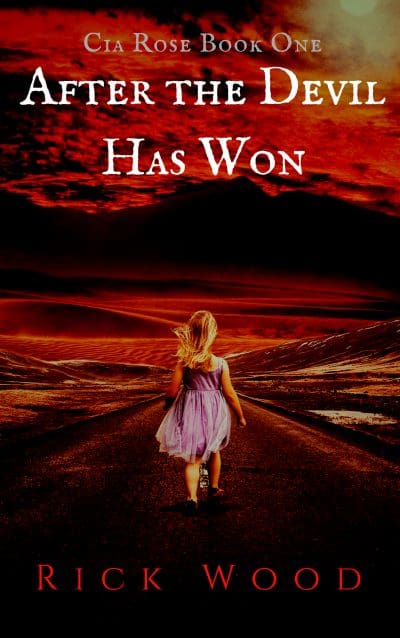 After the Devil Has Won (Cia Rose Book 1)

In a post-apocalyptic world taken over by monsters, Cia does all she can to ensure the survival and care of Boy, her adoptive autistic brother who is struggling to cope with this terrifying world. So when Cia loses Boy, she will do whatever it takes to find him . . .

No one knew how it happened. One day, the earth simply opened up, monsters came out, and very few humans were left alive . . .

Headstrong and determined, Cia is not your ordinary seventeen-year-old—she is resourceful, tenacious, and a survivor. She’s had to be to stay alive in this perilous world she finds herself in.

On her travels, she comes across an autistic boy, hiding from the monsters who’ve just killed his parents, terrified and alone. She decides to take care of him, and comes to love him like a brother.

But what happens when, during an attack, she and the boy get separated?

In a desperate attempt to re-find him, she battles against monsters, her surroundings, and humans with the sickest of intentions. She kills, she fights, and she endures the vilest tasks imaginable to get back to him.

But will she find her boy before it’s too late? Will she survive the trials she has to endure? Or will she be killed or eaten before she even gets the chance?

Download now to witness the true lengths a young woman would go to for sisterly love, and experience an apocalyptic world like no other.