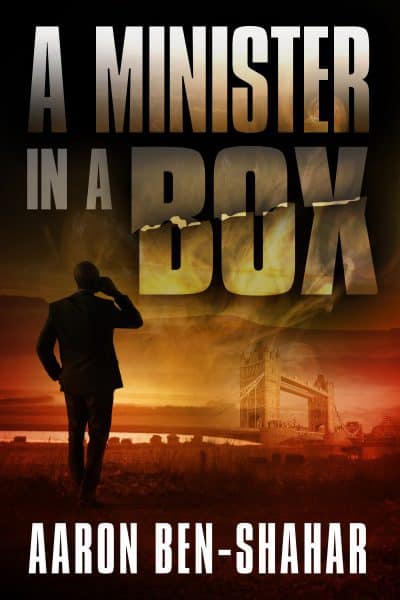 A Minister in a Box

In an African county, a corrupt minister has stolen 2.3 Billion US Dollars and fled the country. A new president who has risen to power turns to a Mossad “fixer,” requesting him to have the former minister found and brought back, no matter how.

When a Mossad agent pursues you, you should know that there is no safe place to hide.

In an African country, a corrupt minister has stolen 2.3 Billion US Dollars and fled the country. A new president turns to a Mossad “fixer”—now retired—and offers him 10 million dollars to have the former minister found and brought back, no matter what or how.

This “fixer” puts together a team of three experts, comprising of one head of a mafia organization, one former intelligence agent, and an anesthesiologist. They locate the minister in London and are now planning the best way to kidnap him without getting noticed. To do so, they decide to put the minister in a special box, storing him in the cargo of the plane and flying him back.

Though their plan is seemingly flawless, not everything goes according to plan. The clock ticks and when the problems begin to pile up, the pressure on the special team begins to increase. With the authorities on their tail, they will do everything to escape unscathed.