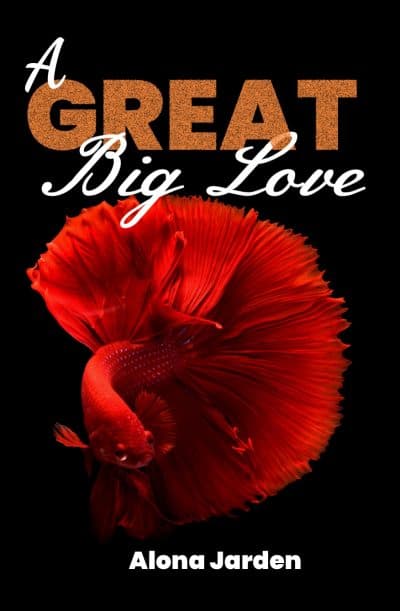 An international bestseller! This will be your Grate Big Love! In this insightful love story, Don and Michelle learn that their journey to lose weight can also lead to finding new love.

On the cover is the image of a Betta, the Siamese fighting fish.

It’s a magnificent creature that developed the capabilities it needed to survive in the wild. It’s capable of breathing atmospheric air, changing its color and size, choosing when to get defensive and who to attack and all in accordance with environmental requirements and in response to its surroundings. These survival instincts are the core of this story.

Michelle grew up as an overweight girl in Miami, the city where summer never ends. Her body fat percentage had always been a topic of discussion in her home, so she moved away the first chance she got. To anyone who asks, she says she’s fine. She explains that she’s content and confident in her appearance and that she doesn’t want to hear about the harms her body has suffered by the lifestyle she has chosen. In most cases, she means it, but deep inside, she knows she’s longing for a change.

Don is also suffering from obesity, but due to some unfortunate and completely different circumstances. He was the popular boy in elementary school, the desired stud in high school and the hottie of the university, but his challenging course of life led him to seek comfort in a delicious dish (and a few more after that one). He too answers all those caring for his well-being that he’s in complete control and capable of making a change whenever he wants to, but even he can’t remember when was the last time he wanted to put his life back on its healthy path.

In a funny, compelling way, these very different, yet similar, people try to find their way to each other, but as it turns out, that way if far bumpier than they’d ever imagined.