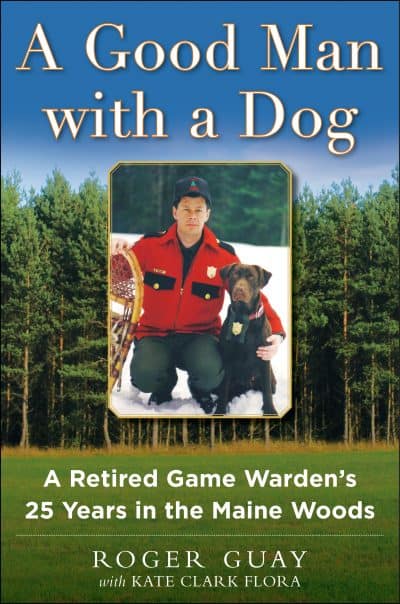 A Good Man with a Dog: A Game Warden's 25 Years in the Maine Woods

A game warden’s journey from the woods of Maine to the swamps of New Orleans.

When Roger Guay’s father died in a tragic fishing accident, a kind game warden helped him through the loss. Inspired by this experience, as well as his love of the outdoors, Guay became a game warden and certified K9 handler, beginning a successful career that would span twenty-five years and see him establish canine units as a staple of the game warden service.

Guay takes readers into the patient, watchful world of a warden catching poachers and protecting pristine wilderness, and the sometimes CSI-like reconstruction of deer- and moose-poaching scenes. Guay searches for lost hunters and hikers, estimating that over the years, he has pulled more than two hundred bodies out of Maine’s north woods. His frequent companion is a little brown lab named Reba, who can find discarded weapons, ejected shells, hidden fish, and missing people.

A Good Man with a Dog explores Guay’s life as he and his canine partners are exposed to increasingly terrible events, from tracking down hostile poachers to searching for victims of violent crimes, including a year-long search for the hidden graves of two babies buried by a Massachusetts cult.