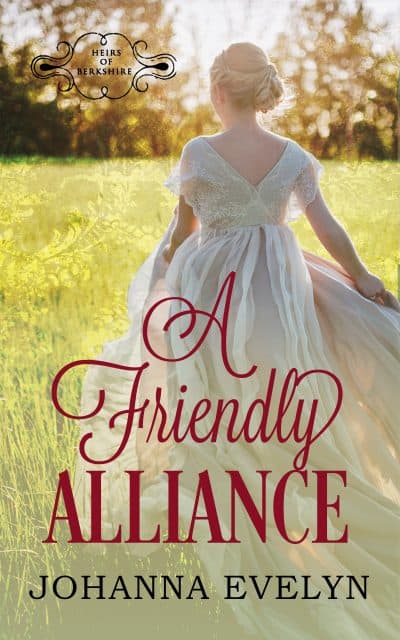 A reckless lady, and an earl who will do anything to keep her safe.

Juliana can’t wait to attend her first season in London. Her close neighbor and childhood friend Peter is expected to join her. But when Peter’s father dies unexpectedly, Peter must stay behind to help his mother and take on his late father’s role as heir to his family home.

After staying behind for the funeral, Juliana arrives late to London, the festivities well underway. But her expectations dim quickly at seeing how title-hungry society can be.

The only person who has made her visit tolerable is her new friend, a girl her own age who longs for her former fiancé. When Peter unexpectedly arrives, Juliana makes a plan to get her friend back together with her lost love, though with little experience, she’s only able to make things worse. All while Peter still sees her as the child from their youth who needs constant scolding.

As her heart turns to Peter, she’s forced to become the sedate, sophisticated woman she feels he desires. But when her reckless behavior causes damage to her reputation, she’s afraid she’s too late to earn his affections.

Peter, the new Earl of Alder Court, gets more than he bargains for when Juliana talks him into a pretend courtship with her new friend. Instead of keeping other women at bay from ambitions of catching his title, it traps him into many of Juliana’s foolhardy schemes.

When Juliana’s attentions turn in another direction, his pretend courtship might inevitably entrap him. He must do something quickly or risk everything he has come to hold dear about his lovely friend.