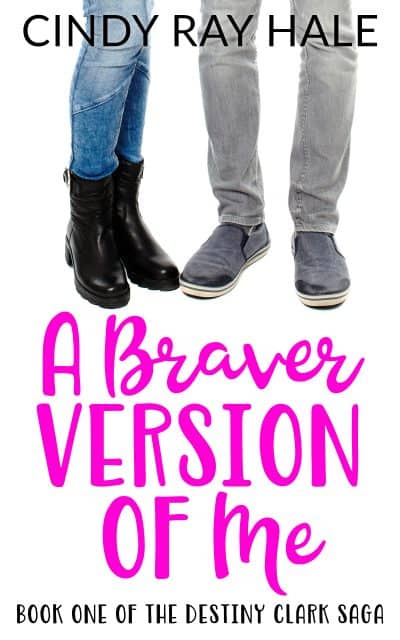 A Braver Version of Me (The Destiny Clark Saga Book 1)

She’s a Mormon. He’s a Baptist. Dating is off limits. But maybe love isn’t.

She’s a Mormon. He’s a Baptist. Dating is off limits.

I’m not supposed to like him. My parents are crazy strict. But I can’t get him out of my head. He’s the the student body president and the headmaster’s son at Bethel Baptist Academy, and he’s definitely the hottest guy in school.

I’m the awkward, quiet Mormon girl at the academy. I’m kind of an outcast. He doesn’t even know I’m alive. And he’s dating Miss Popular.

But thanks to the new girl, my secret crush isn’t so secret anymore. He knows I like him, and I’m dying of humiliation. I feel so lame.

But now he keeps trying to talk to me, and I can’t figure out what he wants.

Is it possible that he likes me back? If that’s true I’m about to be in a whole lot of trouble.

A Braver Version of Me is the first book in a nine-book rewrite of a contemporary sweet romance series called The Destiny Trilogy. In this series you can expect flirting, blushing, and kisses in the woods, but you won’t find any swearing, nudity, or sex.