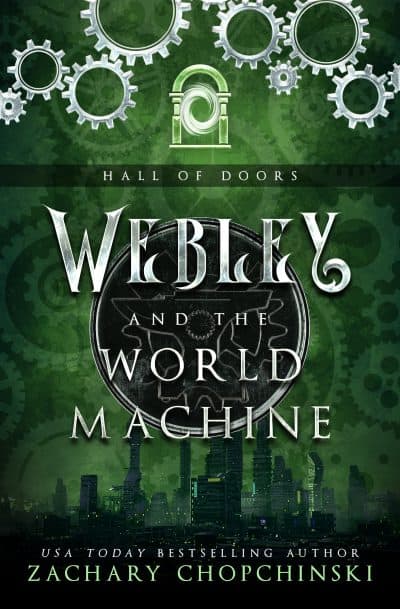 Webley and the World Machine

“This world within a world is such a fabulous concept! It’s almost like Star Trek, Doctor Who, and the Bible all mashed up together with a steampunk twist.”

A strange coin. A mysterious elevator. And a war deep within the Earth that could destroy the world.

Adal and Arija weren’t concerned with what makes the world go round until they followed an old coin into a dark cave. Deep within the Earth is a world they never dreamed possible. A world that will challenge their most important beliefs. A world that will soon be torn apart by war.

Webley controls the center of Earth, but not all his creations are happy.

When the hidden plot to overthrow him turns violent, Adal and Arija are forced to choose sides. But the dangers are more than they could have predicted. Will their hidden feelings for each other help them through it, or rip them and the world apart?

“Get yourself come caffeine because if you pick up this book, you’re not gonna wanna put it down.”

“As I settled in for a nice, traditional, old century Steampunk story, I was quickly thwarted when I discovered that Webley is not traditional, but . . . it is fantastic.”

“I love YA/fantasy but this takes you into a wild, wonderful new way of looking at this genre.”