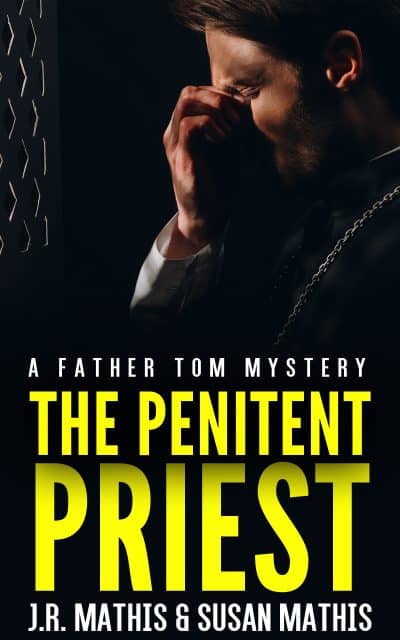 Ten years ago, his wife died in his arms. God saved him for Himself. Now, he wants his first love to catch her killer. Father Tom Greer is playing with fire.

Ten years ago, his wife died in his arms. God saved him for Himself. Now, he wants his first love to catch her killer.

Tom Greer left Myerton six months after his wife Joan’s death, determined to leave the painful memories behind. Ten years later, now-Father Tom Greer returns for a four-month assignment as the temporary pastor of Saint Clare’s Parish in Myerton. His only desire is to serve God’s people quietly then leave again.

But the past won’t leave Father Tom alone . . .

When he uncovers Joan’s long-buried secrets—secrets he believes point to her killer—Father Tom seeks help from the local police. But Detective Helen Parr is a woman he once loved—and whose heart he broke twenty years before. She refuses to reopen the investigation, so Father Tom turns to an ambitious reporter with her own agenda. When the reporter winds up dead, he must work with Helen to catch her killer—and potentially Joan’s.

But Father Tom has secrets of his own, secrets about the night his wife was murdered. The closer he gets to the truth, the closer gets to confronting what he’s avoided for ten years . . .

Don’t miss this first book in a murder mystery thriller series in the tradition of the Golden Age of Detective Fiction, introducing Father Tom Greer, a 21st Century Father Brown.

Includes a teaser for The Framed Father, book 2 of The Father Tom Mysteries.