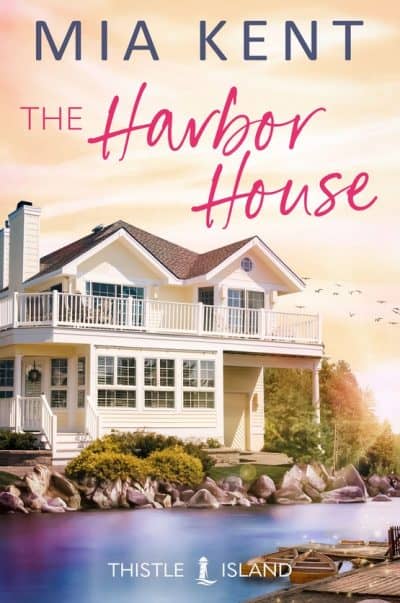 When a woman escapes to a coastal town in the aftermath of a broken heart, a walk on the beach uncovers a message in a bottle, and she becomes immersed in discovering the truth behind a wartime love story that has endured throughout the decades. A feel-good beach read.

A message in a bottle. A small-town mystery. And a summer where life takes an unexpected turn.

Robyn Wright isn’t merely knocking on the door to middle age—she’s hammering on it with both fists.

And to make matters worse? Her boyfriend of more than a decade won’t seal the deal. Her former dream job is now barely paying the bills. Her eighty-year-old father is getting married again . . . to a woman young enough to be Robyn’s daughter.

Summer is approaching. And so is the time for a change.

When Robyn takes a part-time job as the companion to an elderly woman who lives in a beautiful harbor house on a small island off the North Carolina coast, she’s expecting a few months of solitude and a chance to reset . . . until a walk on the beach uncovers a message in a bottle and a decades-long mystery that Robyn feels compelled to solve.

And in unraveling the story of the lost lovers from so long ago, she might just uncover a few surprises about herself along the way.

Sink your toes into the golden-sand beaches of Thistle Island, where strangers are friends, sunshine is plentiful, and the ocean is always just a few steps away. This feel-good small-town women’s fiction series is perfect for readers of all ages.

Author’s note: This is a continuing series that follows the lives of the residents of Thistle Island throughout multiple books that are best read in order.