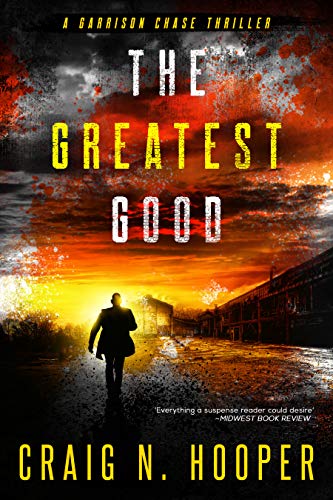 Assigned to protect the California governor’s son, former operative Garrison Chase takes on more than he bargained for after his house is nearly burned down and a mysterious gunman makes an attempt on the boy’s life. A fast-paced, murder-for-hire conspiracy!

Back on the job after a year’s suspension, former operative turned federal agent Garrison Chase is looking to redeem himself in the Bureau’s eyes. Which should be easy, given his assignment is a routine protection detail for Stanley Tuchek, the California governor’s son.

But on the first morning of protection all hell breaks loose when Chase’s house is nearly blown up and Stanley is shot a few hours later. Furious, the governor fires Chase and tells him to stay far away from Stanley.

But Chase doubles down instead, using Stanley as bait to lure the assassin. And it works. When Chase comes face to face with the hitman, however, he’s stunned to learn the man’s identity. Even more shocking is who sent him.

Suddenly Chase is plagued by questions. He doesn’t know if his past is back to haunt him or if Stanley isn’t as innocent as he seems.

It’s a race against time—and against powerful enemies he didn’t know he had—to find the answers. Because if he doesn’t find them quickly, Garrison Chase, and everyone he loves most in the world, are as good as dead.