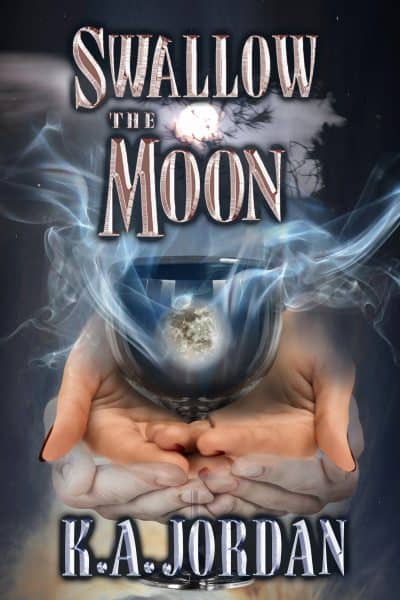 A witch and a soldier struggle against the lure of a seductive ghost that haunts his motorcycle.

June called down the moon to find her one true love, a haunted motorcycle dumped Eric on her doorstep; now there is Hell to pay.

An accountant for a failing company, June will do anything to find true love. In a Wiccan summoning ceremony, she swallows the moon in an effort to find her soul mate. What she gets is Ohio National Guardsman Eric Macmillan, who owns a cursed Suzuki Hayabusa and two spirits: DEA agent Jake the Snake, and the malevolent Cora Cobra.

Back from Afghanistan, divorced and un-employed, Eric is the third owner of a Suzuki Hayabusa. The other owners are dead, just not departed. He's looking for the artist who created "Cora's'"snake-inspired paint job. When Eric arrives at the scene of Jake's last sting, on a one-of-a-kind motorcycle, all hell breaks loose—someone tries to kill him.

Van Man Go is the world's greatest airbrush artist. He will repaint Eric's Hayabusa, for the usual price. Like Cora Cobra and Jake the Snake, Eric must put his soul up for collateral. Cora and Jake failed to pay their debts; now there is Hell to pay.

Care to take a ride on the Hayabusa from Hell?