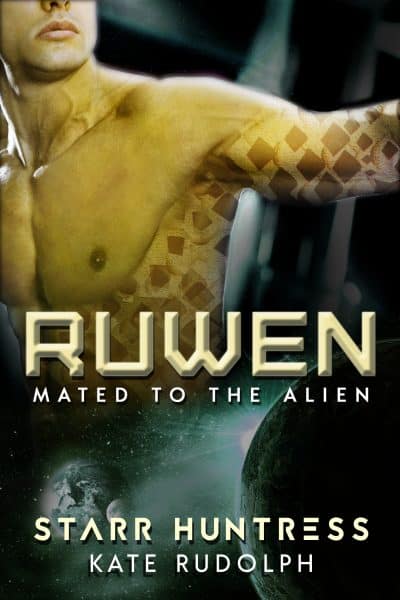 He'll be dead by his next birthday if he doesn't find his mate . . .

Ruwen NaNaran knows he's a goner. His alien species is cursed by a deadly genetic quirk and he'll be dead before the month is out, unless he finds his denya. She's the only woman in the universe who can save him. It's too bad that most Detyen women are dead.

Lis Jaynx just wants to go home. Kidnapped from Earth by unknown foes, she's dropped on a inhospitable planet with little food and no hope. She'll do anything to find a ship to take her back to Earth, but Polai is hostile to all alien life, and Lis is running out of places to hide.

From the moment he sees her, Ru knows Lis is his denya. But she's already wounded and distrustful of aliens, even those who claim they want to help.

Will the explosive chemistry between them be enough to topple Lis's fears? Or will their bond break before it even forms, leaving Ru a dead alien walking and Lis all alone in the black of space?