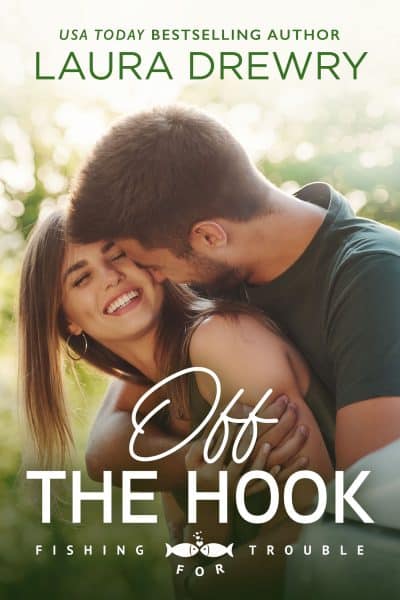 Liam O’Donnell isn’t ready to give up his MLB career, but he needs to help his brothers bring The Buoys back from the disaster their late father left it in or they'll lose everything. And he'll do anything to prevent that—even if it means working alongside his ex-wife.

Welcome to The Buoys, a West Coast fishing lodge where love comes in with the tide and where each O’Donnell brother proves to be a great catch!

Free agent Liam O’Donnell isn’t ready to give up his major league career and move back to the family fishing lodge, but until his agent can find him and his fastball a new team, that’s exactly where he finds himself. He needs to help his brothers bring The Buoys back from the disaster their late father left it in or they’re going to lose everything.

Kate Hadley has made her fair share of mistakes, but none have ever been quite as bad as the mistake she made with Liam O’Donnell. And now she’s stuck with him and his crazy family at their rundown fishing lodge in the middle of nowhere. Sure, he’s even cuter than he was ten years ago, and sure, he might be knocking himself out trying to make things right, but if he thinks for one second that he’s going to win her over again with those stupid dimples or his ridiculous Kelly Clarkson songs, he’s got another thing coming.

Kate learned that lesson the hard way and has no intention of making the same mistake twice because she knows that this time it’ll will cost her everything she’s worked so hard to build.