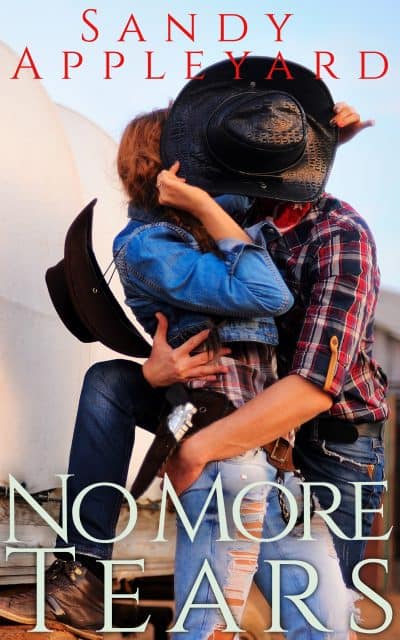 A riches to rags cowboy. A hardened cowgirl. The gunshot that erases all doubt.

Laura Warner knows nothing but horses. Her entire life has been lived on a ranch. It’s her love, her dream, and aside from the love of her life, Quentin, it’s the only thing that she ever thinks about. But when tragedy strikes at Kelsey Ranch, Laura is left to care for the horses and the land with the help of her siblings. Years later, Laura feels content with life, but when a gunshot blasts only days after she has to make a difficult decision, Laura learns that everything happens for a reason . . . and it doesn’t always lead to more hardship. Sometimes it leads to happiness. But can she convince herself that this is possible?

Grayson Thomas is an out of work lowlife, who just happens to have world class siblings that drag him out of his rut days after he loses everything, or gives everything up, depending on one’s perspective. When he makes the decision to flee from El Paso and move to Huttonville, just outside of Dallas, his brothers give him their thumbs up. Grayson has no idea that he’s about to step into the world that he does, and when a gunshot blasts on his second day in Huttonville, he’s left wondering if he should make tire tracks back to El Paso, or stay in Huttonville.

When Laura’s face becomes a staple in Grayson’s life, what was once a demon craving becomes a distant memory. What he once worked hard for and lost soon becomes something that he may have again. Things that once brought him to the edges of demise, become obliterated and exist only in random nightmares. Grayson’s tough exterior is softened through Laura’s honest and thoughtful words, and Laura sees life in a new light, and learns to laugh and have fun again with someone that isn’t family. But is this enough? Can two people who have been through so much, lost everything, and worked hard to gain it back learn to trust enough to let their guard down and see life and love for what it is? Short answer, yes. They both do. But just when they do, someone who has been watching from afar swoops in and threatens to take everything.

Can they survive yet another tragedy . . . and more importantly, will they have to?

This is a book about survival and love. In that order. This series is the start of a huge helping of feels. Each story has medium heat and a cliffhanger ending, so be sure to read the books in their proper sequence. Get addicted today!