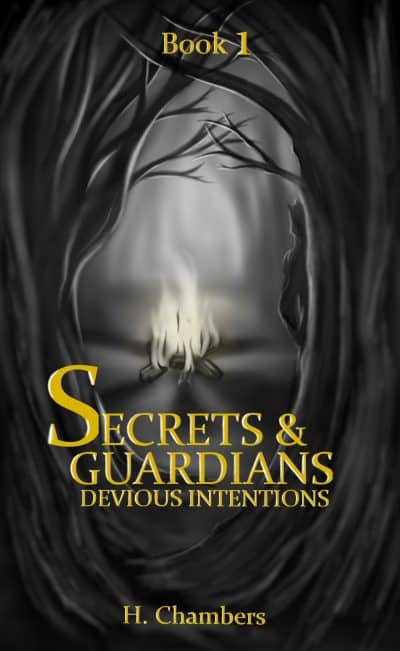 Defeating a man with no moral compass will take more than heroism and bravery. Using plots, counter plots, deceit, and vengeance may still not be enough. A sweeping, fast paced, fantasy adventure packed with clever twists and turns.

Devious Intentions is the first book in the Secrets and Guardians trilogy. A sweeping, fast paced, fantasy adventure packed with cleaver twists and turns. Epic story telling that fills the crossover between young adult and traditional fantasy fiction (Book 1 of 3).

"Some consider me a wise woman, others a witch. Kerdred does not terrify me. I am his nightmare. He made the mistake of harming my family and forcing my great granddaughter into marriage. But, if you think I have vengeance issues, then you should meet Shade."

How do you defeat a man with no moral compass? When those of myth and legend have their own separate agenda, good intentions are not enough.

The Kingdom of Daranel is under threat. Kerdred and his brothers, Hawke and Tremlin have already taken Korin. Aberrling, the advisor to King Hylaw, knows Daranel is next. Aberrling has plans, back up plans, contingency plans, and if all else fails plans. Having been told Kerdred will invade and that if they tried to defend Daranel they would lose, King Hylaw agrees to follow Aberrling’s plan—well, at least the one he was told about.

Ordinary people are put into extraordinary situations as their world is turned upside down. Plots, counter plots, deceit, and vengeance all have their part to play.