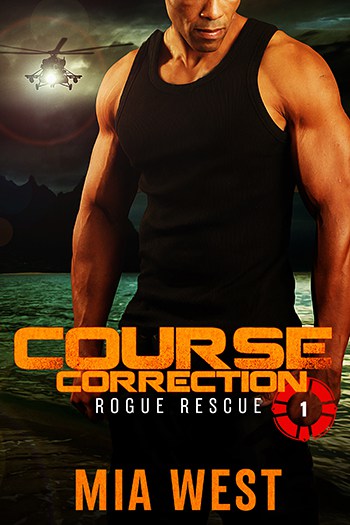 When seal shifter and rescue swimmer Nate decides to shake things up, he proposes a sexy bargain to the pilot he’s wanted for years. Now they’re bound for uncharted waters, but Gil just can’t resist an order from his favorite lieutenant.

Playing it safe has gotten him everything—except the one guy he’s always wanted.

As leader of a covert unit of rescue swimmers, following the mission plan is a matter of professional survival for seal shifter Nate Landry. But recent closure on a colleague’s death has Nate recalculating his own trajectory.

It could use a little nudge and a whole lotta juice, and he only has to glance across the cockpit for just the right source of turbulence.

Following orders has kept him sane—until the guy giving them goes full throttle.

Chopper pilot Gil Espinoza has kept his thing for Landry on cruise control for eight long years. That the guy once chose a fellow shifter over Gil stung but kept him on course.

Problem is, the good lieutenant just laid down new coordinates, a radical turn into uncharted waters.

And if there’s one thing Gil can’t do, it’s ignore an order from Nate Landry.