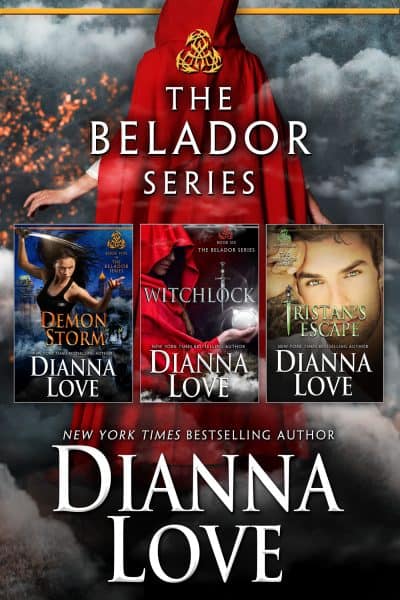 Evalle has one chance to save her Belador family and humans, but she'll need Storm, her Skinwalker mate who has disappeared. Jump into this international series today.

Evalle has one chance to save her Belador family and humans, but she'll need Storm, her Skinwalker mate who has disappeared. He's in a place no one would go even if they were allowed. She faces her worst nightmare and time is ticking down to the moment she'll lose everyone. There there's Witchlock, an ancient power that vanished in the 13th century . . . or did it?

Dive in and find out why fans everywhere love this world.

Demon Storm: Book 5
With the Beladors reeling from a devastating Medb attack, Evalle must quickly locate Storm, a Skinwalker and her mate, before their power fades completely. But Storm has vanished. Mankind will fall to preternatural predators if Evalle fails to save her mate and her Beladors, the last line of defense for humans.

Evalle is pulled into a war between covens when an ancient power rises, threatening all humans and nonhumans. There is one hope of stopping the deadly force, but it means choosing which friend lives and which one dies.

Tristan’s Escape: Novella 6.5
If Tristan exposes his preternatural abilities while he’s sneaking around Atlanta, he’ll forfeit his freedom forever this time. If he doesn’t, he’ll have to watch the one woman he’s never forgotten suffer at the hands of a powerful being.