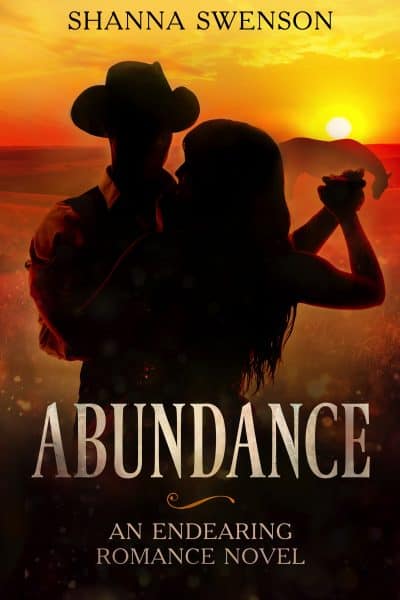 A roadside rescue, an irresistibly chivalrous cowboy, a devastating past that's threatening to destroy her, and an unexpected reunion with her estranged brother . . . Boy, coming home to Abundance, Texas, is harder than Natalie Cameron ever anticipated it would be.

Misfortune comes to us all in some form . . .

For Natalie Cameron, misfortune came in the most unspeakable way imaginable; now she must try and rebuild her life while fighting her own dark demons, the town speculation, her arrogant brother, and her raging desire for the kindest man she’s ever met.

Natalie Cameron, along with her young daughter, Dallas, is on the run from a past that threatens to destroy her sanity. When her car breaks down on the side of a two lane Texas road, Jack Kinsen, her parent’s ranch foreman, unknowingly comes to her rescue. His kind eyes and sincere charm make him an easy target for Natalie’s trust issues and pent-up aggression. But it doesn’t take her long to realize that her attitude towards him has a lot less to do with jealousy and a lot more to do with the fact that his closeness sets her on fire like no one else ever has. His sincerity begins to disarm the front she guards so vigilantly. If she isn’t careful, she could find herself lost to him . . .

At first glance, Jack Kinsen is fascinated by Natalie Butler Cameron and her child with her most curious gift. Natalie is the beloved only daughter of Jack’s employers and he’s not only baffled by her indifference to him but mystified by her unwarranted anger. She starts to awaken something primal within him, but will his compassionate nature be enough to break down the walls she hides behind or are her wounds simply too deep to heal?

Just as Natalie’s fate begins to turn around, unknowing danger lurks on the horizon. Natalie's disturbing past is about to make an unexpected return . . . and with vengeance.

Abundance is a charming novel that will sweep you away with romance, drama, and suspense as it expresses the depth of raw human emotion and the strength it takes to overcome tragedy.