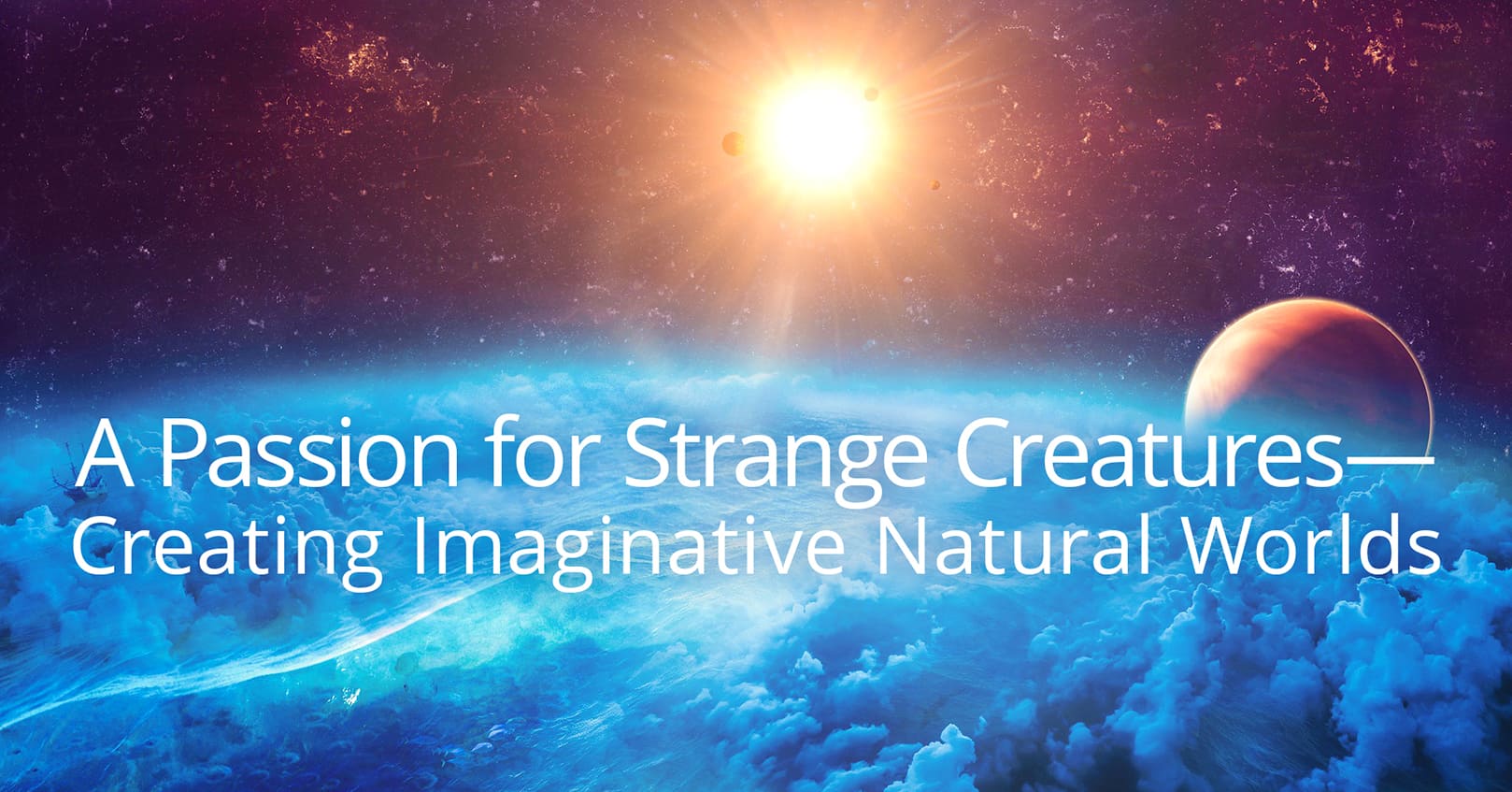 In a flash of blinding light and a wave of nausea, you jump to an alternate version of Earth. You open your eyes to find yourself in a forest. The air smells of moist soil and mushrooms. Sunlight filters through the canopy leaves, which are actually translucent, pale green bubbles, each the size of your fist. Birds of all shapes and colors flitter among the bubble leaves, chattering and screeching as they feed on the nectar of banana-shaped flowers. Your eyes are drawn to movement in the brush. Something is there, watching you with wide, unblinking eyes. The creature realizes it has been spotted and steps into the open, followed by three more. They are roughly your height but look nothing like you. They stand on two legs and are covered in black feathers. Instead of wings, they have thin arms, and their talon-like fingers grip crude spears and crossbows.

You are on an alternate world in which history has had the opportunity of a do-over of the last 80 million years. On this world, mammals never really got a chance to thrive, and they died out. Most dinosaurs went extinct, and those that survived evolved into a bewildering variety of birds. Without the need to compete with mammals, birds became the dominant life forms, and some species even developed human-like intelligence.

What if there were infinite versions of Earth, each having experienced a do-over of the past? In addition to the bird world just described, what other worlds might you find if you could somehow jump to any of these worlds? This is the premise of my Bridgers series. Humans have developed a device that allows them to “bridge” to alternate versions of Earth. Bridgers are highly-trained fighters and survival experts who protect scientists and tourists who go on these excursions. Each book in the series takes place on a different version of Earth. The problem is, every version has its own set of dangers: deadly predators, savage beings, harsh environmental conditions.

My challenge, as an author, is to make each of these worlds believable. The more fantastical the world, the more important it is to include details that help readers suspend their disbelief. For example, Bridgers 4 features a world that had a do-over of the last 500 million years. On this world, arthropods—insects, spiders, centipedes, and more—have diversified and have become the dominant creatures. Try to imagine being chased by a 400-pound “tiger beetle” with chewing mandibles as long as your arm. There are no trees on this world, only vast, carpet-like fields of moss. Certain species of minuscule flies live in huge swarms, each swarm with a collective intelligence with unique personality traits.

You might be thinking that world sounds so fantastical that it should be classified as fantasy. But I assure you, these books are firmly rooted in the realm of science fiction rather than fantasy. Science fiction requires events, natural phenomena, and manufactured devices to fit within a framework of known facts. I have learned to make my worlds believable by sprinkling in these known facts in the right context and at the right time. As an author, it helps to have some knowledge of wildlife and natural history. I happen to have a background in biology and ecology, but even without that background, an author can easily research the relevant information needed to give a world credibility.

Let’s look at the arthropod world of Bridgers 4, for example. A 400-pound tiger beetle? Such a creature would not be believable without sprinkling in some science facts. For example, I know many readers are aware that insects on our world do not grow that large because of a problem with the volume-to-surface-area ratio. As an animal gets larger, its volume increases faster than its surface area. An elephant has a much larger volume-to-surface-area ratio than that of a dog. In other words, there is less skin on the elephant for each pound of its body. For each pound of a dog’s body, there is much more skin. Now, as you probably know, an insect has an exoskeleton. The structure that holds it up is essentially its skin. The larger the insect gets, the less skin (skeleton) it has per pound of its body. It is simply impossible for an insect to weigh 400 pounds because its skeleton would not support such a massive body.

My job as an author is to make the 400-pound tiger beetle possible. So, I ask myself, why don’t beetles grow to 400 pounds on our world? Because they are supported by their exoskeleton. The solution then is to give these creatures an internal skeleton in addition to their exoskeleton, then show this internal skeleton in an interesting and dramatic scene in the book. Repeat this approach with all the other bizarre creatures and strange aspects of the alternate version of Earth. Voilà—you have a much more believable world.

Bridgers 5 features a world in which lemurs have become the dominant intelligent primate species. Yes, lemurs. The cute prosimian creatures from Madagascar. Is this believable? Not unless you sprinkle in the details of an explanation based on known facts. On our world lemurs are restricted to the island of Madagascar. On the alternate world they migrated to the mainland of Africa. Once they made it to Africa, they did not have to compete with monkeys because some random event had prevented monkeys from ever appearing on that world in the first place. The lemurs then diversified and some of the species gradually developed human-like intelligence. By including these details at appropriate places and in dramatic ways, such a world can be made believable.

The worlds of the Bridgers series are filled with wondrous creatures, some friendly and others deadly. Amphibians with necks so long that they can feed on fruits at the tops of trees 100 feet high. Intelligent birds that raise crops and keep other birds as pets. Four-foot-tall “thirdlings,” human-like people who live in villages of domed houses, surrounded by high fences to keep out the larger, more aggressive “orcs.” House-sized, amoeba-like creatures that are basically transparent membranes filled with liquid. Swarms of rat-sized “skitterbugs” that live inside honeycombed mounds and attack like a school of four-legged piranha.

I love creating these worlds so much that my other series are similarly populated with strange landscapes and creatures. My Diffusion series features tree kangaroos that are composed of smart nanoparticles created by an alien entity. My Across Horizons series is a time travel story featuring woolly rhinos, scimitar-toothed cats, and Neanderthals.

There is some kind of instinctual fascination many of us have for stories involving wilderness survival and dangerous encounters with wild animals. Perhaps this fascination is embedded within our genetic code after millions of years of struggling to survive in harsh conditions and among hungry predators. My goal as an author is to feed your need. Immerse yourself in the adventure. Feel the hairs on the back of your neck stand up when you sense that a creature with claws, stinger, mandibles, fangs, or a hooked beak has spotted you through the foliage of a primeval forest. The words you read will include just enough factual science information for you to believe it is all possible.

Reuse notice: Non-commercial users, feel free to print out "A Passion for Strange Creatures—Creating Imaginative Natural Worlds" for personal use or give to friends, share online, or make a meme of, as long as you attribute and link back to this post. Commercial users, you may share a link to this post or quote a short excerpt from it with attribution and a link to this site, but you may not use this post in its entirety. Thank you for caring about copyright. 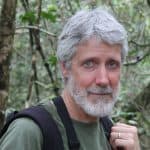 Stan Smith lives with his wife Trish in a house deep in an Ozarks forest near Warsaw, Missouri. He writes adventure novels that have a generous sprinkling of science fiction. His goal is to stimulate your sense of wonder, get your heart pounding, and keep you reading late into the night. His books are for anyone who loves adventure, discovery, and mind-bending surprises. Visit his website at stancsmith.com.