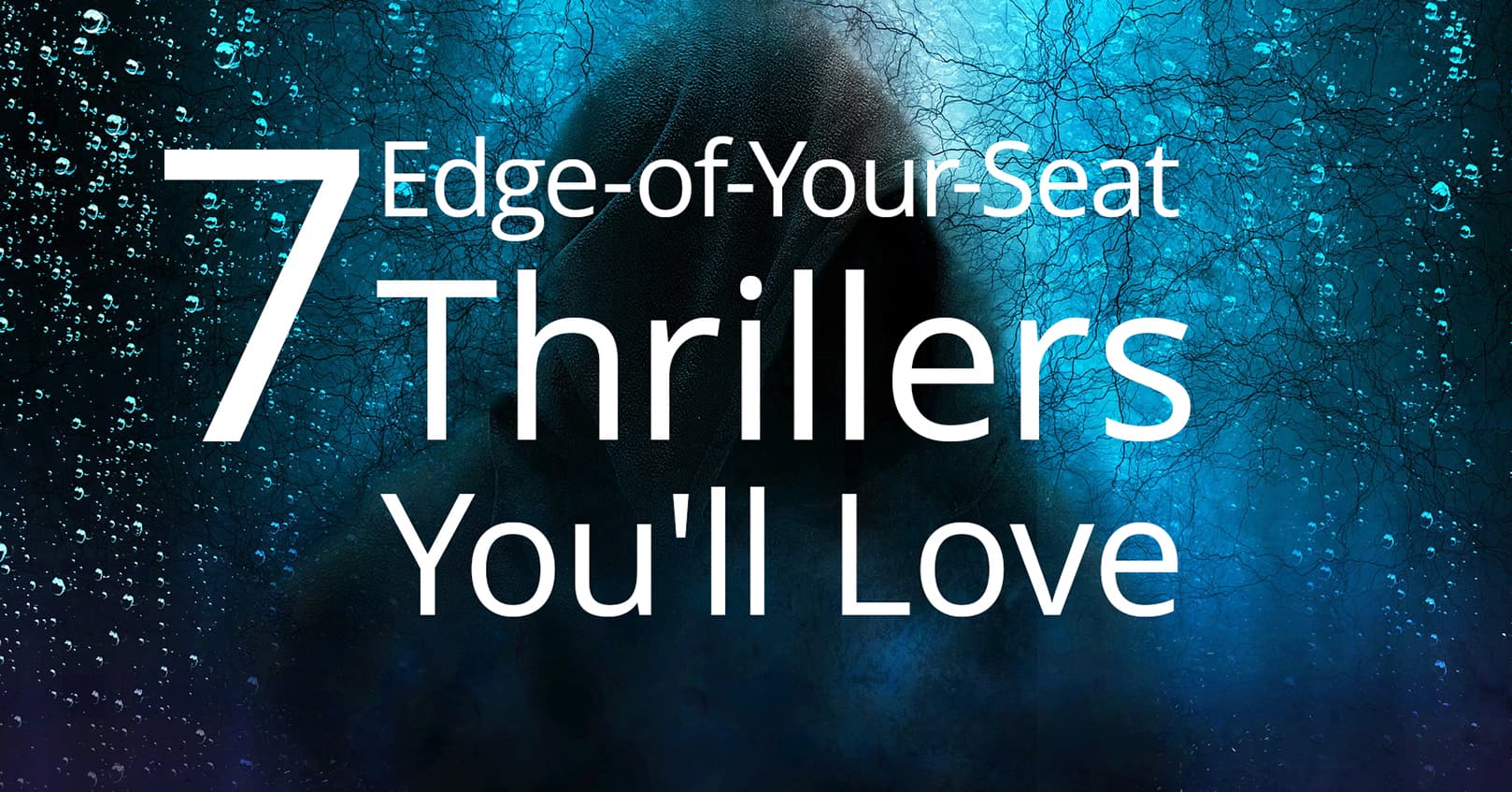 From intriguing tales of action to international mystery, there’s a thriller to suit every taste in the list of edge-of-your-seat thrillers below. Buckle up and enjoy a wild ride! 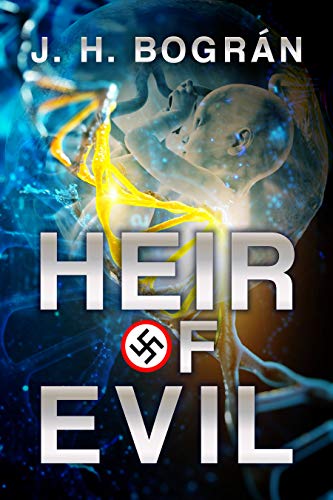 The thought is scary. What if Hitler had an offspring? On his thirtieth birthday, Oscar Brown discovers that he's the Fuhrer's grandson.

With Neo Nazis looking up to him as a symbol, while the Mossad want him dead and the CIA turn a deaf ear to his plead, Oscar must now run for his life and discover the true origin of his heritage.

The novel covers the days from the end of the Second World War to the globalized present in a thriller that takes readers across Europe and America in search of evidence that clarifies what happened with the cursed genes.

Born and raised in Honduras, J. H. Bográn is a university professor and a member of the International Thriller Writers. 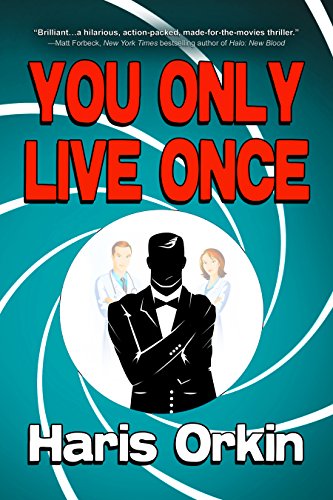 You Only Live Once by Haris Orkin

Authored by screen and game writer Haris Orkin, this funny, Quixotic novel features a delusional character, James Flynn, who thinks he’s an expert shot, a black belt in karate, fluent in four languages, and irresistible to women. On the contrary, he’s a heavily medicated patient in a Los Angeles psychiatric hospital. But whatever makes you happy, right?

In Flynn’s mind, he believes his locked ward is the headquarters of Her Majesty’s Secret Service and that he is a secret agent with a license to kill.

When the hospital is acquired by a new HMO, Flynn is convinced that the Secret Service has been infiltrated by the enemy. Flynn escapes to save the day, and in the process, kidnaps a young Hispanic orderly named Sancho.

This crazy day trip turns into a real adventure when Flynn is mistaken for an actual secret agent. Paranoid delusions have suddenly become reality. Now it’s up to a mental patient and a terrified orderly to bring down an insecure, evil genius bent on world domination. 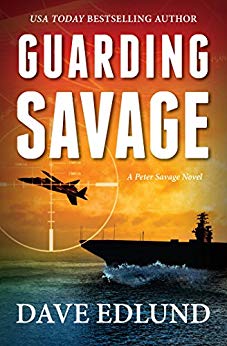 Guarding Savage was recently awarded the Silver Medal by the Independent Book Publishers Association (IBPA) for best popular fiction and has become a bestseller. Authored by Dave Edlund, USA Today bestselling author, it will satisfy any reader seeking heart-racing action and emotionally-intense encounters.

Following the brutal abduction of a friend, Peter Savage is drawn into a sinister scheme, fueled by century-old animosity, which threatens peace in the Pacific. In the East China Sea, Japanese and American warships on scheduled training exercises are attacked without warning and sunk by a hypersonic weapon for which there seems to be no defense. The US Government receives an anonymous message: withdraw all military forces from Southeast Asia or suffer annihilation of the Seventh Fleet.

Meanwhile, a young woman named Jade is viciously attacked in Bend, Oregon. She narrowly escapes harm when Peter steps in to protect her from the would-be kidnappers. But the threat persists.  When Peter is summoned to Brunei, he unearths dangerous secrets—secrets aimed at neutralizing the threat posed by Peter and Jade while ushering in a new world order. 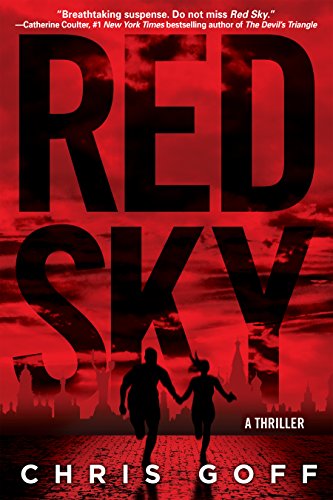 U.S. Diplomatic Security Service Agent Raisa Jordan is sent to investigate a plane crash in north-eastern Ukraine with a U.S. diplomatic agent onboard. The agent was escorting a prisoner home from China, along with sensitive documents, and it quickly becomes apparent that the plane was intentionally downed.

To avoid a diplomatic incident, Jordan must discover what the Americans knew that was worth killing hundreds to cover up.

With Russia deeply entangled in the Ukraine and the possibility that China could be hiding reasons to bring down its own plane, tensions are high.  As international tension mounts, Jordan races to stop a new Cold War.

Chris Goff is an award-winning author of six novels based on environmental themes and two international thrillers. Red Sky was a Finalist for the 2018 Colorado Book Award. 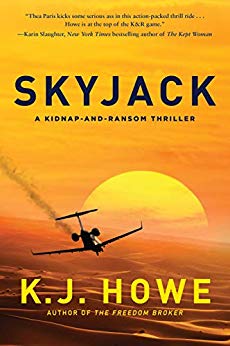 If you like kidnapping novels, this one is for you. International kidnap expert Thea Paris is escorting two former child soldiers on a plane from an orphanage in Kanzi, Africa, to adoptive parents in London when the Boeing jet is hijacked and forced to make an emergency landing in the remote Libyan desert.

Thea finds herself at the beck and call of a ruthless criminal who will stop at nothing to crush his rivals, even if it means forcing her to break international law.

Revealing a deadly conspiracy that connects the dark post war legacy of World War II to the present, this case will bring all parties to an explosive conclusion that will decide the fate of millions across Europe and the Middle East.

This thriller is K.J. Howe’s second novel featuring Thea Paris. The author is also the executive director of ThrillerFest, the annual conference of International Thriller Writers. 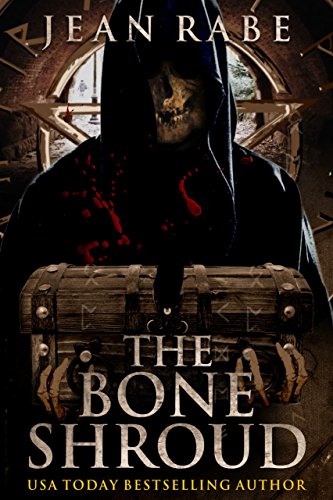 The Bone Shroud by Jean Rabe

Irem Madigan’s wedding trip to Rome turns into a desperate search for historical relics. She is also struggling to stay ahead of a killer.

Irem, an archivist at the Chicago Field Museum, flies to Italy to be the “best man” in her brother’s wedding. He’s marrying an archaeologist who lures Irem into a centuries-old mystery. Unfortunately, there are other players in the game, and some of them are playing deadly.

USA Today bestselling author Jean Rabe’s description of Rome takes into the twisty and claustrophobic tunnels beneath the city’s streets where the dig site lies.

The Bone Shroud is an intriguing story, twisted with surprises and multiple mysteries that lure the reader to a dramatic end. 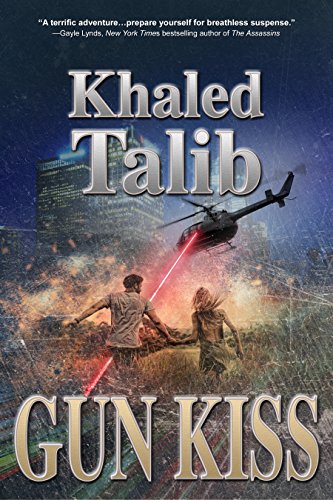 When the Deringer pistol that shot Abraham Lincoln is stolen and ends up in the hands of a Russian military general, covert agent Blake Deco is tasked by the FBI to head to the Balkans to recover the historical weapon. Meanwhile, the United States media is abuzz with news of the mysterious disappearance of Hollywood movie star Goldie St. Helen.

After Blake’s return from overseas, he receives a tip from a Mexican friend that a drug lord, obsessed with the beautiful actress, is holding her captive in Tijuana.

With the help of a reluctant army friend, Blake mounts a daring rescue. What he doesn’t expect is to have feelings for Goldie—or that a killer is hunting them.

Khaled is a former magazine journalist and public relations consultant who has written three other novels.

What edge-of-your-seat thrillers do you love? Let us know in the comments below. 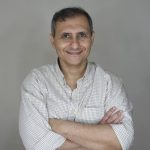 Khaled Talib is a former magazine journalist with local and international exposure. He has authored three thrillers since 2013.

Khaled is a member of the International Thriller Writers. He lives in Singapore.